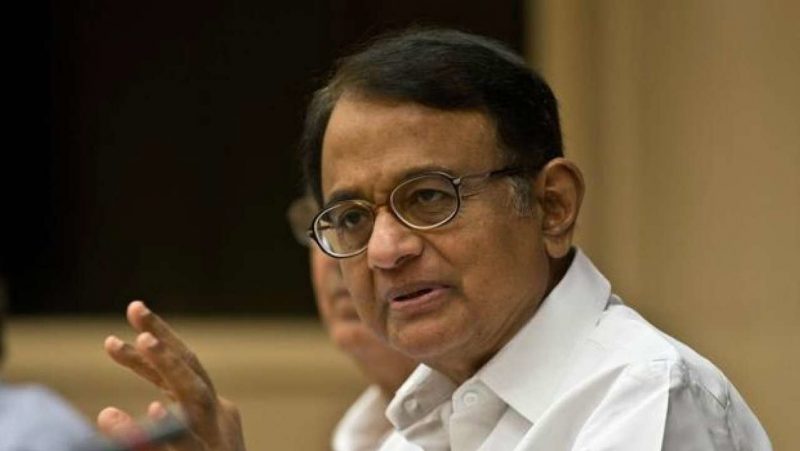 The arrest of Congress top leader and former Union Finance Minister P Chidambaram by the Central Bureau of Investigation (CBI) from his residence in the national capital late Wednesday evening, has signalled that the BJP-led government of Narendra Modi is serious about tackling corruption with a heavy hand. The Congress heavyweight’s arrest has also brought to light how people holding high posts in the government had allegedly indulged in corruption by way of showing favours to certain people through his son Karti Chidambaram. The instant case is about Chidambaram allegedly taking bribes from Peter Mukherjea and Indrani Mukherjea – who along with her husband have been in jail for the past few years in connection with the gruesome murder of her daughter Sheena – for reportedly facilitating clearance of over Rs 300 crore foreign direct investment in 2007 to INX Media owned by the Mukherjeas. Apart from this money-laundering case, the former Union minister and his son have been also implicated in the multi-crore Aircel-Maxis deal. Both these cases are being probed for the past few years by the CBI and the Enforcement Directorate; and following his arrest, the investigating agencies have declared as attached the Jor Bagh residence of Chidambaram as also a few other properties.

Chidambaram had on several earlier occasions sought and secured protection from arrest in the case. On Tuesday however, the Delhi High Court made some stinging observations about his role in the case. The High Court, while dismissing his prayers, used words like “kingpin” and “key conspirator” for Chidambaram. If the charges reportedly brought about by the CBI and ED are to be believed, Chidambaram – who apparently asked the Mukherjeas to discuss with his son Karti their problem in getting the FDI moving – had acquired massive properties in the name of his son. The list reportedly released by the two investigating agencies is pretty long – Karti had bought a tennis club in Barcelona, Spain worth Rs 15 crore, and a couple of cottages in Britain, a Rs 9.23-crore fixed deposit in Indian Overseas Bank, and another worth Rs 90 lakh in DCB Bank among others.

Way back in the 1980s, there were even bigger allegations against former Prime Minister Rajiv Gandhi; he was accused of allegedly accepting bribes from Bofors, a Swedish firm that had won a $ 1.4 million contract to supply field guns to the Indian Army during his tenure. The allegations, however, have remained unsubstantiated after Gandhi was exonerated of the alleged wrong-doing by the Delhi High Court in 2011. So was Ottavio Quattrocchi, a friend of Rajiv Gandhi and who was accused of being the middleman in the Bofors deal.

While Wednesday’s arrest of P Chidambaram has already created a countrywide sensation, there is also this question raised as to whether the Modi-Shah regime was out on a witch-hunting spree, especially when one recalls that the CBI was after Amit Shah when the Congress was in power and none other than Chidambaram himself was the Union Home Minister. Shah was arrested in 2010 in connection with the Sohrabuddin Sheikh murder case. Sohrabuddin was a wanted criminal with as many as 60 pending cases against him when he was allegedly killed in police custody in 2005; the present Union Home Minister Amit Shah was then the Home Minister in Gujarat.

The Congress party has described the arrest of Chidambaram – he was the most powerful Union minister during the 10 years of UPA rule, having held crucial the portfolios of Home and Finance among others – as political vendetta. Given this background, the CBI must now also file a charge-sheet quickly listing the evidence it has against Chidambaram; one of the strongest contentions of the Congress heavyweight is that the FIR in the case did not even name him despite being prima facie dubbed the “kingpin”. The CBI and the ED will also have to dispel allegations of witch-hunt that the two investigating agencies are currently facing with several Opposition politicians being probed but none from the ruling BJP. The two agencies must follow the due process and quickly bring the cases against Chidambaram to their logical conclusion. It has become a practice in India of dragging the cases for so long that the lengthy process itself becomes the punishment in a number of cases.

Also watch: Alleged anomalies in allotment of houses under PMAY scheme in Mangaldoi