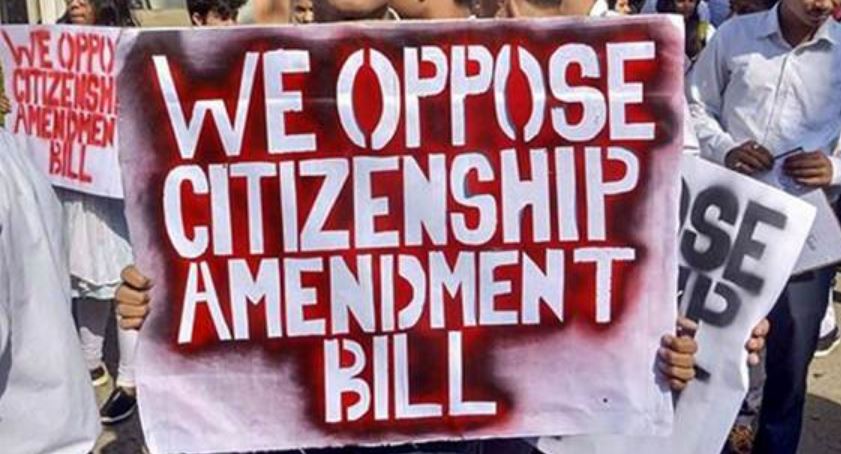 In India, citizenship is regulated by the Citizenship Act, 1955.  The Act specifies that citizenship may be acquired in India through five methods – by birth in India, by descent, through registration, by naturalization (extended residents in India), and by incorporation of a territory into India. An illegal migrant is prohibited from acquiring Indian citizenship.

The Act proposes that the specified class of illegal migrants from the three countries will not be treated as illegal migrants, making them eligible for citizenship. On acquiring citizenship, such migrants shall be deemed to be Indian citizens from the date of their entry into India and all legal proceedings regarding their status as illegal migrants or their citizenship will be closed. The Act allows a person to apply for citizenship by naturalization, if the person meets certain qualifications.  One of the qualifications is that the person must have resided in India or been in Central government service for the last 12 months and at least 11 years of the preceding 14 years.  For the specified class of illegal migrants, the number of years of residency has been relaxed from 11 years to five years.

The Act clarifies that the proposed amendments on citizenship to the specified class of illegal migrants will not apply to certain areas.  These are: (i) the tribal areas of Assam, Meghalaya, Mizoram, and Tripura, as included in the Sixth Schedule to the Constitution, and (ii) the states regulated by the “Inner Line Permit” under the Bengal Eastern Frontier Regulations, 1873.  These Sixth Schedule tribal areas include Karbi Anglong (in Assam), Garo Hills (in Meghalaya), Chakma District (in Mizoram), and Tripura Tribal Areas District.   Further, the Inner Line Permit regulates visit of all persons, including Indian citizens, to Arunachal Pradesh, Mizoram, and Nagaland. The Act makes only certain illegal migrants eligible for citizenship.  These are persons belonging to the six specified religious communities, from the three specified countries, who entered India on or before December 31, 2014, and do not reside in the Sixth Schedule areas or in the states regulated by the Inner Line Permit states.  This implies that all other illegal migrants will not be able to claim the benefit of citizenship conferred by the Act, and may continue to be prosecuted as illegal migrants.  Any provision which distinguishes between two groups may violate the standard of equality guaranteed under Article 14 of the Constitution, unless one can show a reasonable rationale for doing so. The Act provides differential treatment to illegal migrants on the basis of (a) their country of origin, (b) religion, (c) date of entry into India, and (d) place of residence in India. The question is whether these factors serve a reasonable purpose to justify the differential treatment.

The CAA (Citizenship Amendment Act) has absolutely nothing to do with the deportation of any foreigner from India. The deportation process of any foreigner irrespective of his religion or country is implemented as per the mandate of the Foreigners Act, 1946 and/or The Passport (Entry into India) Act, 1920. These two laws govern entry, stay movement within India and exit from India of all foreigners irrespective of their religion or country.

Therefore, the usual deportation process would apply to any illegal foreigner staying in India. It is a well-considered judicial process that is based on a proper inquiry by the local police or administrative authorities to detect an illegal foreigner. It is ensured that such an illegal foreigner has been issued a proper travel document by the embassy of his country so that he can be duly received by officials of his country when he is deported. In Assam, the process of deportation happens only after determination of such a person as a “foreigner” under The Foreigners Act, 1946. Then he becomes liable for deportation. State governments and their district-level authorities enjoy the power of the Central government under Section 3 of the Foreigners Act and Section 5 of the Passport (Entry into India) Act, 1920 to detect, detain & deport any illegal foreigner.

The Act classifies migrants based on their country of origin to include only Afghanistan, Pakistan and Bangladesh.  While the Statement of Objects and Reasons (SOR) in the Act reasons that millions of citizens of undivided India were living in Pakistan and Bangladesh, no reason has been provided to explain the inclusion of Afghanistan.  The SOR also states that these countries have a state religion, which has resulted in religious persecution of minority groups.  However, there are other countries which may fit this qualification. For instance, two of India’s neighboring countries, Sri Lanka (Buddhist state religion) and Myanmar (primacy to Buddhism), have had a history of persecution of Tamil Eelams (a linguistic minority in Sri Lanka), and the Rohingya Muslims, respectively. Further, there are other religious minorities from Pakistan, Afghanistan and Bangladesh, such as the Ahmadiyya Muslims in Pakistan (considered non-Muslims in that country)], and atheists in Bangladesh who have faced religious persecution and may have illegally migrated to India. Given that the objective of the Act is to provide citizenship to migrants escaping from religious persecution, it is not clear as to why illegal migrants belonging to other neighbouring countries, or belonging to religious minorities from these three specified countries, have been excluded from the Act.

The Act also creates further differentiation between the specified class of illegal migrants based on when they entered India (before or after December 31, 2014), and where they live in India (provisions not applicable to Sixth Schedule and Inner Line Permit areas).  However, the reasons provided to explain the distinction is unclear.  Note that certain restrictions apply to persons (both citizens and foreigners) in the Sixth Schedule areas and in the states regulated by the Inner Line Permit. Once an illegal migrant residing in these areas acquires citizenship, he would be subject to the same restrictions in these areas, as are applicable to other Indian citizens. Therefore, it is unclear as to why the Act excludes illegal migrants residing in these areas.

The Act also amends the provisions on registration of Overseas Citizens of India (OCI). OCI cardholders are foreigners who are persons of Indian origin. For example, they may have been former Indian citizens, or children of current Indian citizens. An OCI enjoys benefits such as the right to travel to India without a visa, or to work and study here.  At present, the government may cancel a person’s OCI registration on various grounds specified in the Act.  In case of a cancellation, an OCI residing in India may be required to leave the country. The Act adds another ground for cancelling OCI registration — violation of any law notified by the Central government.  However, the Act does not provide any guidance on the nature of laws which the Central government may notify.  The Supreme Court has noted that this guidance is necessary to set limits on the authority’s powers and to avoid any arbitrariness in exercise of powers. Therefore, the powers given to the government under the Act may go beyond the permissible limits of valid delegation. 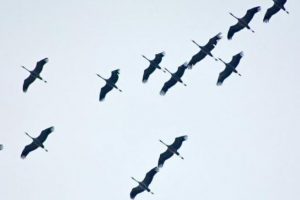 Justice delayed
Rape and the idea of justice