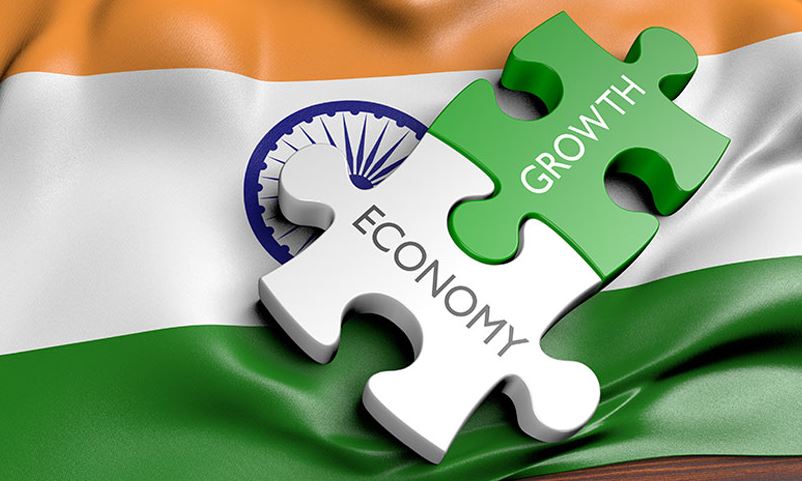 (The writer, a noted management economist and international commentator on ongoing business and economic affairs, can be reached at [email protected])

Whatever criticism is leveled against India, the reality cannot be underestimated – India is the 17th largest export economy in the world and the 45th most complex economy according to the Economic Complexity Index (ECI). So far as exports performance is concerned India has been able to better the performance in big markets – the top export destinations are  still the United States, origins are China, the United States, the United Arab Emirates, Switzerland and Saudi Arabia. The plus point here is that India’s export basket has not been small – right from sports goods up to spices.

India has also been one of the largest 10 EU trading partners.

Yes, at this very juncture the situation cannot be termed as very good, but not bad also. The task is to better the performance of the economy where the exports occupy a very central place. We can have a look at our strength so that betterment of the same can be there even in the short run.

Indian machinery and mechanical appliances are not only asserted in terms of quality, but prices are also very competitive compared to other countries. Indian textile brand and accessories are created based on the development of mechanical engineering.

India is the third largest chemical producers in Asia and the sixth largest in the world.

India is the one of the world’s top rice exporters for continually. Basmati rice is different from ordinary rice with a very fragrant aroma and when cooking rice grains twice as long as its original appearance, basmati rice is a natural gift from India for gourmets, suitable for both dieters and diabetics. Non-basmati rice is exported mainly to African and Asian markets, while high quality basmati rice is mainly to the Middle East, the United States and the United Kingdom.

India ranks sixth in the world (behind Thailand, Indonesia, Vietnam, China and Malaysia) for natural rubber production and is the third largest consumer of this product. In recent years, India exports rubber raw materials and rubber products.

Coffee exports have been rising due to high demand from traditional buyers such as Italy and Germany, Belgium.

Shrimp and frozen fish are the leading export commodities of India, America and Southeast Asia are the main importers of seafood in India, followed by the European Union (EU), Japan, the Middle East and China.

India’s petroleum industry is one of the fastest growing industries and is very important for the development of the country and for other industries.

India is a crude oil importer. Over the past few years, the economy has grown significantly, especially with a 7% increase in GDP in 2014 – 2017. Demand for oil has increased sharply. India alone accounts for over 20% of demand and imports about 80%.

Though petroleum, followed by gems and jewelry, pharmaceutical products, transport equipment, machinery and instruments, ready made garments, metals, electronics, rubber/glass and products, cotton, yarn and fabrics are performing well, yet IT, Business Process Outsourcing (BPO) and software services are growing faster than other exports.

Naturally, renewed emphasis should be placed on items that earn significant foreign exchange -India’s biggest export has been petroleum, followed by gems and jewelry, pharmaceutical products, transport equipment, machinery and instruments, ready made garments, metals, electronics, rubber/glass and products, cotton, yarn and fabrics. Newer items should be added over and above the traditional.

But performance in the global markets has been turning to be more and more difficult in as much as competition has been very intense not only from the traditional but from the new comers. Newer strategies do matter.

Though with WTO slashing its global trade growth forecast it may be difficult for India to boost exports significantly immediately, yet India’s forthcoming Foreign Trade Policy has to give a concentrated push to both merchandise and services exports. It has been good to note that Government already announced tax incentives under Merchandize Exports from India Scheme (MEIS) and Services Exports from India Scheme (SEIS), which is in the form of fully transferable duty credit scrip’s with reward rate ranging between 2 per cent and 5 per cent. Exporters use these scrips to offset service tax, excise duty or customs duty.  Besides, lower prices for oil and other primary commodities could provide some upside if the positive impact on net imports of these products outweighs negative impact on net exports.

When exports could move north steadily definitely a god performance would be registered – rise in international competitive strength gets established. In such an assessment vital indicators that are normally used include: the quality of six different components including efficiency of the clearance process, quality of trade and transport-related infrastructure, ease of arranging competitively priced shipments, competence and quality of logistics services, ability to track and trace consignments and timeliness of delivery.

So, ultimately the performance of our blue-chip companies would be watched inasmuch as to what extent they could explore the salient features of the policy announced. On this score the benefits of following an appropriate strategy should not lose sight of – increased market size; greater returns on major capital investments or new products or processes; greater economies of scale, scope or learning and a competitive advantage through location.

Mention on this score may be made of three strategies – multi-domestic strategy [when strategic and operating decisions are decentralized to the strategic business unit in each country to tailor products to the local market]; global strategy [that assumes more standardization of products across country markets] and transnational strategy [that seeks to achieve both global efficiency and local responsiveness]. No less important is bolstering trade with the neighboring economies. India borders Afghanistan, Bangladesh, Bhutan, China, Burma, Nepal and Pakistan by land and Indonesia, Sri Lanka, Maldives and Thailand by sea.

Marketing  Abroad Must Be Location and Time Specific

That is why all of the relevant factors are to be properly scanned, especially by the minnows, before embarking upon a big venture – spreading wings abroad!!

So, it is better to subscribe to the ongoing view ‘at the end of the day uncertainty and trade tensions are weighing on people, on consumers, on Europeans and global citizens…building institutions and rules, that would guarantee stability, transparency and reduce uncertainty.

Let us watch carefully how the situation would go on and corrective measures become result oriented. Time is running out…