Deepika Padukone: Feels Great to Find Someone Who Puts You Before Himself

Deepika and Ranveer have been dating for a good period of time and they are an ideal couple for many. Although they have never officially accepted their relationship their romantic public outings are enough to speak about their love. 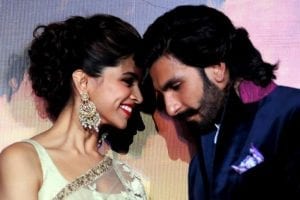 And for that reason instances when they indulge in some good ol' social media PDA also makes us go aww. And the gorgeous actress never failed to portray Ranveer as so special for her. She has always maintained that Ranveer is a significant part in her life, Most recently she opened up about how her equation with him has evolved over the years. In a conversation with Femina magazine, the Om Shanti Om actress said, "When there are people you connect within your life, your relationship is bound to evolve. It should move forward. I think both of us have managed to find that in each other. It feels great to find someone who is dependable, who you can trust, who puts you before himself."

Not only that, but she also said that Ranveer is her best friend. That's sweet, we say! A few days ago, the lovebirds attended a leadership summit in Delhi, where they addressed certain issues and even danced to the tunes of Khalibali from their last outing together, Padmaavat. Singh had shared a video of the same on his Instagram handle writing, "What in the Habibi is going on here?!? @deepikapadukone."

According to reports, the lovebirds are planning for their wedding very soon. If reports are to be believed, Ranveer and Deepika will be tying the knot in November this year. The two have reportedly locked in on Lake Como (Italy) as the destination for their wedding.

This versatile actor has also received the additional Best Actor nomination his outstanding performance in the film Goliyon Ki Raasleela Ram-Leela (2013). Worth-mentioning that this adorable couple has always entertained the audience through their on-screen chemistry in celebrated Bollywood movies like Sanjay Leela Bhansali’s Goliyon Ki Rasleela- Ram Leela and Bajirao Mastanileft the audience in awe.