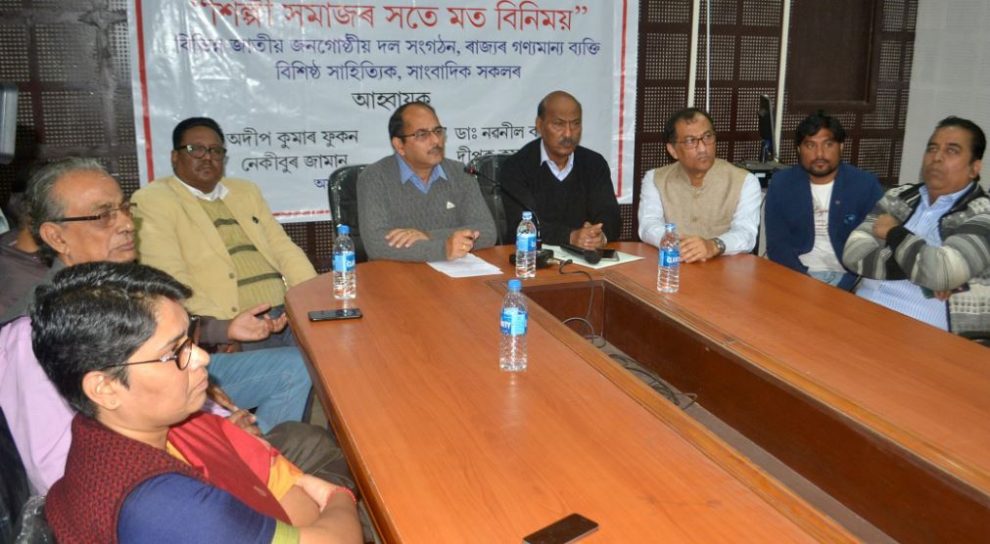 GUWAHATI: The artiste fraternity of Assam met the representative of different party and organizations including the senior citizens, litterateurs and journalists where they shared their views and thoughts on the current scenario of Assam, specifically the CAA (Citizenship Amendment Act)

After the discussion they came out with various decisions over the matter of CAA. The Silpi Samaj (Artistes Fraternity) said that it has decided to participate in the government’s programmes but it will not attend any kind of political program. Talking to the mediapersons, music director Ajoy Phukan said, “We have taken the decision to participate in the programmes of the government because those are public program. However, we will not attend any kind programme on behalf of political interest and specially the programs of that party who supports the CAA. We urge everyone to stand against this act and continue with the movement and the artistes fraternity will always oppose the Act.”

AJYCP (Asom Jatiyatabadi Yuva-Chatra Parishad) president Rana Pratap Baruah said that- “Artistes fraternities have been continuously extending their support with different organization in anti-CAA movement. Recently we’ve witnessed the artistes fraternity has been pressurized with different issues that is hampering them in their creativity. Each one of us including the respected citizens and representative of different organization are with the artiste fraternity and we’re giving them the assurance to stand with them in any situation.” Baruah added, “This discussion has paved the way for a new united movement against the CAA. Hence we have not come into any discussion regarding the formation of a new political party yet. At present our main motto is the cancellation of this act. So far as forming a new political party is concerned it is dependent on the way people of Assam wants it.”