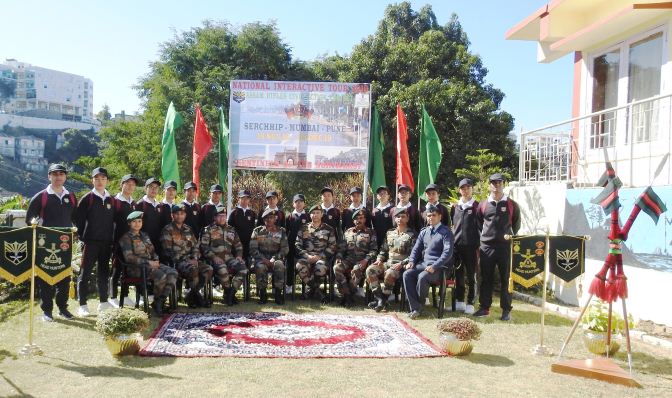 GUWAHATI: In a glittering ceremony at Aizawl, the 15-day National Interactive Tour which had been organized by Serchhip Battalion of Headquarter 23 Sector Assam Rifles under aegis of Headquarter Inspector General Assam Rifles (East) was flagged in by Brig Vinod S, DIG, 23 Sector Assam Rifles on Saturday. The tour which comprised of 15 students and 2 teachers, accompanied by an administrative team of Serchhip Battalion, was flagged off from Sainik School Chhingchhip on November 19.

During the course of the tour, the NIT team visited various places of national, historical and tourist attraction at Mumbai and Pune.

The students also visited a number of premier defence training academies and establishments, with the highlight being able to witness the Passing Out Parade of the National Defence Academy, Khadakwasla, Pune and a comprehensive visit to the Naval Dockyards at Mumbai, which included a visit to a submarine and a latest and modern destroyer ship.