Guwahati: Bringing glory into the region, hosts Assam defeated Goa today by seven runs in a pulsating Ranji Trophy Group C game after having conceded narrow first innings lead to the visitors at the Barsapara stadium here in Guwahati.

As per a report, resuming at their overnight score of 166 for 6 wickets, Goa needed 218 runs for an outright win, but were shot out for 210 runs on the fourth and final day.

It may be mentioned that Goa's hopes were pinned on Amit Verma and Lakshay Garg, who started the final day with respective scores 62 and 57. 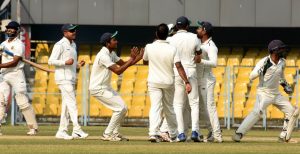 Interestingly, Verma only managed to add 12 runs in the board and got out at 74 who was the seventh man to be dismissed today.

On the other hand, Lakshay Garg fought the lone battle and took the visitor's team to a thrilling victory, but, got out at 73. During his presence in the crease, Garg hit seven boundaries and two sixes in his 105 ball knock. He was the ninth man to be dismissed. 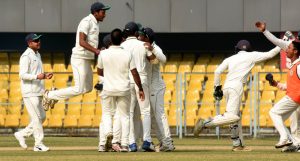 The victory helped Assam take their points tally to 20 from 7 games. They are fourth on the ten-team table, while Goa are at the bottom of the standings.