In today’s global scenario, population is rising at a rapid rate. It has been seen in developing countries like India that population explosion is giving birth to many social issues. A lot of crimes are taking place nowadays. Racism is an ongoing issue around the world. Individuals are fighting against one another, women are being raped and killed and many are tortured by their husbands. All these crime and violence needs to be stopped. The youth can play a big role here. Youths are often considered to represent the future as they bring new ideas and energy to add to the pool of knowledge that currently exists. With their exuberance and vitality they can facilitate new discoveries and developments that can benefit society or even the world at large. 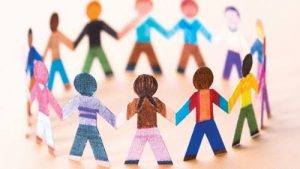 Although not the only drivers of social change, young people are seen to be one of the strongest key drivers engendering change. They have the ability to lead the fellow citizens into the right direction and inspire them to choose the right path. In order to make the progress that is sought for India to become a developed country, young people too need to be motivated in directions that will help in achieving the desired goal and make the society a peaceful one.

It is interesting to see that with the growing number of issues and problems, the concept of social service is taking a new shape and along with it the zeal to do something good for the society is rising. The youth nowadays have started thinking about the future of the society seriously and the formation of youth clubs and associations for the betterment of the society at the grass-root levels is also increasing. But, is it possible for the youths to solve the rising issues in the society without professional and scientific knowledge?

Herein arises the need for the introduction of proper knowledge about professionalism in social service. In contrast to the fuzzy conception of social work that was prevalent in earlier times, nowadays the actual notion is very well understood among the general mass and with the opening of social work education courses, the entire concept and its importance has became a clear picture.

Social work is a subject that requires a scientific attitude and professional knowledge. Its principles, values and ethics completely stays at par from the traditional way of social service provided in earlier times. It requires detailed knowledge of various contributory subjects and concepts along with the knowledge of the present scenario of the society and related social issues.

As India is changing and developing, there are many new opportunities that can provide very different futures for today’s youth that were not available to the previous generations. In this digital age, science and technology aren’t the only fields that are expanding. There has always been a need for people with a passion for working with real live people, and as populations grow, change and age, the need for such people is increasing. Social work is one of the more stable and recession-proof careers there is, and the job outlook for social workers is on the upswing.

According to a recent study, career opportunities in all areas of social work will rise at a faster than average rate of 12 percent through the next 8 years. A bachelor’s degree in social work is the minimum requirement for many positions, as in almost every professional field. However, greater opportunities are open to those holding master’s degrees. A Master of Social Work (MSW) gives an edge against the competition and a wider range of options in the job market like in the fields of clinical psychology, health care, schools, rehabilitation houses and even in industries and multinational companies (MNC).

In conclusion, it can be stated that with proper guidance and support, youths can bring a revolutionary change to the society that is presently at unrest now. Proper understanding of the importance of social work in the present context and decorous utilization of the skills and techniques in a professional manner will help in negating many issues and with time, will nullify the social evils from the society. Also the gnawing effect of youth feeling jobless and unemployed can be sorted out with the rising number of opportunities that one will be provided with in the particular field.

Thus, proper channeling of the young energy will give rise to a new world of concinnity and harmony where people will learn to become self sufficient and fight against the odds rather than considering problems as God’s will and accepting it as a curse like in medieval times.

(Mercy Hazarika is a Assistant Professor in the Department of Social Work, Mahapurusha Srimanta Sankaradeva Vishwavidyalaya.)