And eagerly took beef a couple of times

During my younger days

With the white coloured sacred thread

And my social obligation hidden inside my shirt;

Pork was my most favourite

And sought after meat until 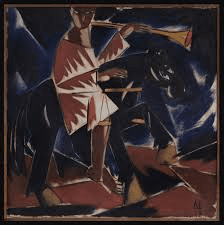 I got drunk frequently,

Hardly making a difference and

Too stoned at times to even move a finger;

I deliberately broke almost all the

Rules in the book

When it came to my excitements

With love and hatred,

The faith lost in me

And my own faith restored,

To fight for or fought over,

The idea was to see actually

What finally happened to me by such

Afterwards my silent conversations with me...

The ultimate notion being,

To discover the difference between

And all else before one fine day

I heard someone saying inside to jot it all down...

It was getting a bit too heavy within...

But if I write,

I could not fake,

I had to know both the inside out,

Both the love and alike the longing...

Happiness and likewise the pain,

The only path to the ruler

And the otherwise numerous rules

With wearing only the garb of

Devotion and the patience inside...no loss, no gain!

I will be grossly misunderstood

Anddisapproved for what I did

In my lifetime and later bluntly wrote about it...

I can hardly help it,

I still do a lot many things even today to

Test my inside before

Of calmness in all else;

"The burning heat within a wave

In a rushing sea makes it diverge

Traveling to the shores,

Some die and vanish,

In the bosom of the soul…"

If I Don't Give Myself My Company

If I don't give myself my company

Who else will stay with me?

Actually I want to stay with Tulika

And struck to trembling by half-invited pain 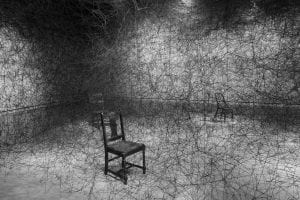 I want to take away the spike

That pierced her the cruelest of all

She is flying like a sea bird amidst blizzard

Circling at times and sometimes obliquely

Lava of sorrows accumulating in layers

Yet I am not tired and I don't want to listen

To strange tales beyond the grave

She has been rendered lame

By pain of sleeplessness

And I want to guide her to grassland

On the bank of Siang

Through the clouds to the hilltops of the Himalayas

Make a gift of a friend or a lover to her

She would roam about hand

Hand in hand with him

To forget her sorrows

He would clasp at the wild bees with a vibrant body

(I am certain there is no such man in the world)

At times I am afraid

If at the end of my private prayers

And the destructive dreams of scepticism and doubt

I shall lose my dearest Tulika who gave freedom

To the warbling mountain spring.

The Stream of Love

King, Gunning; Woman in a Purple Dress Picking Flowers on a Riverbank; Brighton and Hove Museums and Art Galleries; http://www.artuk.org/artworks/woman-in-a-purple-dress-picking-flowers-on-a-riverbank-75142

And the music of sorrow would be played

But before singing a song to welcome death

Where you'll sing a song for me

We'll fly above the clouds to the tune of your songs

Would bloom by the tender touch of monsoon

To put it in your bun

We'll sit beside the bank of river Siang

To say farewell to the sailing boat of fallen leaves

And looking at the sailing boats

When the birds will dance to the tune of your song

You and I will supervene Adam and Eve

And stepping into the moss wrapped ancient place of our ancestors

I'll search the Brahmastra to build your bones

In the heart of our courtyard

We pledged to free our home, granary and the crop fields from the enemies

Tease the sunshine, dancing in the rain, bathing under the moonlight

We'll look at them

Who left us by showing the mirage of love

Towards the world of abundance and luxury

For whom the meaning of love is just consumerism

He who can decorate his wife with Satsori and Junbiri

I'll touch that siren at least for once

Fond of whose caress he forgets the shore of the river, call of the wild Sambar

The endless talks under the old Banyan tree

Those afternoons rejoiced with silence

And the evenings were filled with the chant of prayers

With the warmth of my heart, I wrote letters

Dreams of love were running with the postman's bag

Crossing the prolong nights of waiting

Came his pearls like written words after a fortnight

I touched them tenderly when woke up at midnight

Looking at the moon-dots he showed

But those were just mirages

Like clouds rain by stealing all the sins from the Earth

They built a rainbow home by stealing our dream

We ran insanely miles after miles

The pride of our love floats on profuse tears

The tomb of love broken in terrible pain

The house of love engulfed by the fire of cheating

And after that, we learned to compete with the sky, the Earth, and the stars

For you, I failed to be someone's wife

Couldn't carry on the oath of the sacred fire

Every night amidst the chest of sleeping storms

I dream inside the thunderous clouds

And wake up with somebody's weeping blues

Tell me Mitali Baa why it happens?

How far I tried to escape from the stream of love

It haunts me and you

Memories of passing days never let me die or live

What shall I do?