There are three types of believers. There is one type who blindly believes everything that is seen, read or told by others. The second type likes to judge the situation and arrive at an intelligent conclusion after rational thinking. The third type is a sceptic and would not believe things until they are proven scientifically. When we discuss something like Vaastu or astrology, the majority will brush aside these as gimmicks barring some hardcore believers in our ancient systems.

It is in the 16th and 17th century that modern science took shape after Galileo discovered the laws on astronomy, strength of materials and physic of motion, etc. Sir Isaac Newton with his famous law of Gravitation and laws of motion added to the trend. Copernicus made astronomical discoveries as early as in the late 15th century. Our own Aryabhatta did extensive discoveries and inventions in arithmetic, algebra and trigonometry besides astronomy. He is supposed to have invented the Zero (0) in the early part of the 6th century itself.

From the 18th to 20th century, there were series of scientific discoveries and inventions which brought about a scientific revolution. Cars, aeroplanes, telecommunications, medicines, medical equipment’s, electricity, etc. were some of the landmark inventions which changed our lives. People started believing in human capabilities to find out about things and manufacture items as per our requirements. After all, it is all there for the asking albeit with extensive research and thinking. That is when many of us started doubting the age old theories like religious practices and beliefs. Earlier, it was believed that only gods could fly but it became possible with the Wright brothers inventing the aeroplane and flying it successfully in 1900. The middle ages saw people suffering from bacteria and dying from simple diseases like pneumonia and other viral diseases. Fleming discovered Penicillin in 1928 and it was used as an antibiotic. So once what was thought as a curse of the gods became curable in a very short time.

Human civilizations started almost 10,000 years ago in Mesoptamia. There are claims of our Indus Valley Civilization to be 8,000 years old like the Egyptian civilizations. Roma, Greek and Chinese civilizations came later on. This means humans existed and survived almost 8,500 years without much help from modern science and technology! What did they use for healthcare or living for so many years? The earliest recorded literature like the Vedas are more than 4,000 years old. It is mentioned in the Vedas and Puranas as to how to live a healthy life. Vaastu came into existence in India along with the Vedic era. The pundits and the learned sages observed the sun and the cosmos and their forces acting on us before arriving at certain conclusions. It is clearly mentioned in the ancient scriptures as how one should start the day starting from yoga and breathing exercises to puja and meditation and the proper way of cooking, working, studying or even sleeping. 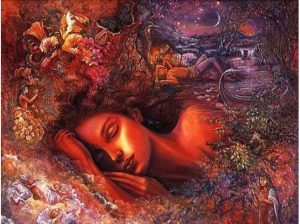 There are many who will overlook the philosophy behind Vaastu and living and consider it as a blind belief. There are even some Brahmins who wear the sacred thread but will still laugh at Vaastu or astrology!! If one can visit temples and offer puja to gods in stone or marble statues, how can they even refute something like Vaastu which has a very scientific base? I am not an atheist and I do believe in God firmly but I do think that this is a double standard of many people. Vaastu is often confronted by non-believers citing examples of developed countries without Vaastu but little do they realise the Vaastu effects out there.

1.Do Not enter a new house on a Sunday or a Tuesday.

3.If the shape of Lord Garuda can be provided to the house, it brings blessings of the gods and happiness.

Ans: In fact, different colour combination for different rooms and other structures have been discussed here several times. Still I am putting them forward again for the benefit of newcomers and to refresh the memory of the readers.

SHOPS AND BUSINESS ESTABLISHMENTS: White is recommended as it is a neutral colour.

HOSPITALS: White colour should be used because it also brings a sense of cleanliness and peace.

DRAWING ROOM: Light pink colour is good for the living room. Shades of cream and white can also be used.

KITCHEN: White colour is preferred in the kitchen to maintain cleanliness. Light yellow can also be used. If it is in the Southwest by mistake, light orange colour should be used.

BEDROOMS: Light pink, cream and light green colours are preferable. Use light blue colours for rooms in the Northwest and light yellow for rooms at Southeast. White-coloured floor tiles should NOT be used in the bedroom.

BATHROOM: White or light pink colours are good for bathrooms.Bathrooms in the East can have light green colour.

STOREROOM: Store rooms are recommended at the South and West only. So Pink or deep shades of green can be used.

PUJA ROOM: White is best. White marble can be used for tiles. Light violet colour can be added to augment spirituality.

THE EXTERIOR: Very dark colours should be avoided. White, Pink, green or yellow are best for the exteriors of the house.

MEANING OF SOME DREAMS

This does not have any relation with Vaastu but these are some inferences drawn on the basis of experience and psyacho-analysis.Everyone dreams in their sleep. But only a few remembers what they saw.Our subconscious mind has the capacity to catch some future signals. Dreams are some indications of the things to come in the future. They have significance in our unconscious thoughts, feelings and desires. They are interpreted by experts in this way.

If you see an owl in the dream, it is supposed to be very auspicious as the owl is the vehicle of Goddess Lakshmi.

Presence of ancestors in the dream indicates that the family is going to increase by dint of a new birth.

Having the statue of Goddess Lakshmi in your dream indicates wealth gain. That of Goddess Saraswati means one will do well in academics.

A crying child in the dream means bad news will be there. A snake in the dream is a fear of some kind. If you are chased by in the dream, that means you are trying to run away from a persistent problem or a person.