Woman’s Day or a ‘No-Molestation’ Day?

8th March is the day when the world joins together to celebrate women. Time and again women are seen gathering together all around for team lunch or dinner and popping a champagne, wearing the same colour dresses (preferably pink) or holding some games or contests or availing lavish discounts and gifts. While we come across campaigns highlighting '#BoldForAChange', '#NoConditionsApply', '#MeToo', '#AbusedGoddesses', etc. we share and promote inspirational '#WomenPower' videos, we hold events, discussions, parties all of which would be in news for a day or two or may be a week and then fade away somehow reminding us that all other 364 days are Men’s Day! 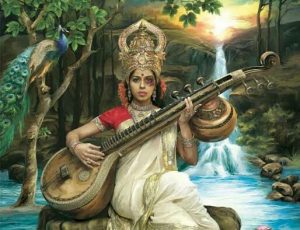 Now the question is why is it just one day in the name of '#WomenPower'? Why can't women be treated special everyday? Can't the rest of the year too be as important as 8th March? Or why do we need such one special day to discuss feminism, women empowerment and respect for women? Is it just a one-day privilege to women allowed by the patriarchal society?

Women's Day in India seems to be overrated. Whereas, we are still socially backward when it comes to women’s empowerment, women’s education and their rights. The girl child is still outpaced and outranked by boys in all spheres of life in our country. They are still subjected to stereotypes and discrimination. There still exists an unfortunate wife who is mentally and physically abused by her husband, a degraded and an oppressed daughter-in-law who is ill-treated by her family. A recent 'Save Our Sisters: Abused Goddesses' campaign highlighted the domestic violence proudly practiced in India. The campaign depicted photographs of models as Hindu goddesses bruised, battered and beaten. It also claimed that today, more than 68% of women in India are victims of domestic violence. Tomorrow, it seems like no woman shall be spared, not even the ones we pray to.

What women are striving for is their basic rights and equal opportunity and treatment in all spheres of lives. Only one day cannot define a woman’s achievements and her right to be respected. A woman sacrifices yet smiles during distress, gathers strength from the turmoils of life and grows stronger with prayers and hope. She is strong, patient, beautiful and compassionate, ready to take the world on her stride. A woman completes the man and brings life on earth, she is the essence of the society. Just like the game of chess where the queen always protects the king, a man is never complete without a woman in his life. But, women continue to face disadvantages in almost all spheres of life in the society, she's humiliated, abused, molested and raped for being what she is!

Several times we have heard men either crib or boast about the ‘absence’ of Men’s Day like Women’s Day. In reality, International Men’s Day is observed on November 19, but it is not as hyped as the special day for females. The men in our lives also deserve to be applauded for their contribution, achievements and rightly need to be respected. A father, a brother, a husband or a friend too should be celebrated. But the vast difference between the celebrations of Men’s Day and Women’s Day shows the notion engrained in our brains that women are considered as the secondary sex and mere 'objects of pleasure' who need to felt special, brought out of their 'kitchens' and cages or the four walls of the house and celebrated only on one day. 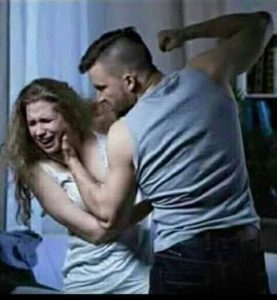 Women are called the fairer or weaker sex who are treated like queens on one day and be judged the entire year. Right from her clothes to her lifestyle choices, everything about a woman comes under scrutiny and debate. While the celebrations for Women’s Day have become extravagant every year, one cannot glamourize one single day for equality and neglect the fight for equal opportunity for the rest of the year. Women's Day officially dates back to 1977 when the UN General Assembly challenged its members to declare a day for women's rights and world peace. But isn't it important to remind women of their power and importance everyday? Or shouldn't we celebrate International Men's Day too with equal fervour? It's high time we come out of our stereotypical and cocooned mindsets and give it a different outlook. In fact, let us not put our 'feminist' sashes on, to celebrate 'her' glory on Women's Day (to go back and start discriminating and harassing her the next day) but rather let's celebrate the glory of who we are, as a responsible citizen and individual, regardless of our gender.