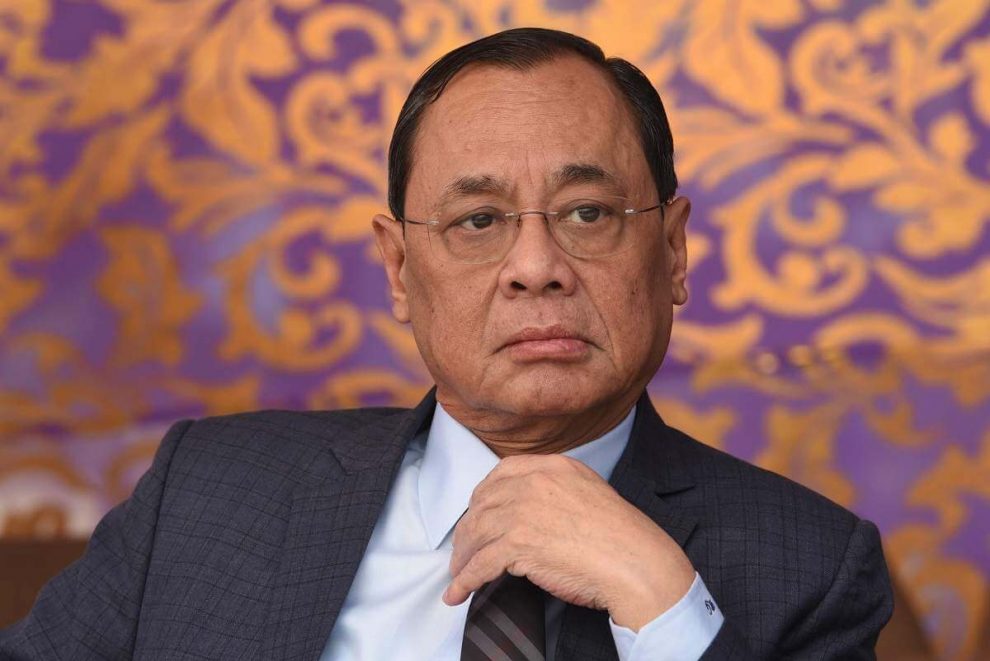 New Delhi: Three months from now, Chief Justice of India Ranjan Gogoi will retire. Before that he is expected to deliver verdicts in some major cases like the Ayodhya land dispute, Sabarimala temple issue and contempt of court matter against Congress leader Rahul Gandhi. Justice Gogoi’s term as the 46th CJI Chief Justice of the Supreme Court will come to an end on November 17, just over 11 months after he took over the top job.

Before he demits office, he has some major cases at hand. On top of the list is the Ayodhya dispute, in which Justice Gogoi is trying to expedite a judicial verdict through day-to-day hearing by a five-judge Constitution bench headed by him.

Pending before him is also a decision on review petitions filed against the Supreme Court verdict allowing women of all ages to enter the famous Sabarimala temple in Kerala.

Another case involving major ramifications is the contempt proceeding against Rahul Gandhi for wrongly attributing ‘Chowkidar chor hai’ remark to the Supreme Court during the campaign for the last Lok Sabha elections. A decision on the refugee status of nearly 40,000 Rohingayas who fled Myanmar fearing execution is also awaited.

Along with these expected judgements, the top court, during the tenure of Justice Gogoi, may also hear a case related to conspiracy against the Chief Justice and bench-fixing in the Supreme Court. A one-judge committee appointed by the top court and headed by former Justice A.K. Patnaik is likely to submit its report in the first half of next month.

Sources have said that this report would be very crucial as the committee focussed on identifying specific details in connection with the allegations of bench-fixing and the conspiracy against the Chief Justice.

Over the last fortnight, however, the CJI has been tied up with the schedule of the Ayodhya dispute. In between, he squeezed out some time to hear PILs filed against the termination of special status granted to Jammu and Kashmir under Article 370 and related matters.

The Ayodhya case hearing involves four suits related to the disputed land and has nearly 40 parties. The matter reached the Supreme Court after the Allahabad High Court, about nine years ago, ordered division of the land into three parts.

If the Chief Justice were to pronounce verdict in the seven-decade old dispute, then he would have to conclude the hearing of appeals at least in the beginning of October, which will enable him sufficient time to write the judgement. (IANS)

Also Read: CBI Not Up To Standards of Judicial Scrutiny: CJI Ranjan Gogoi