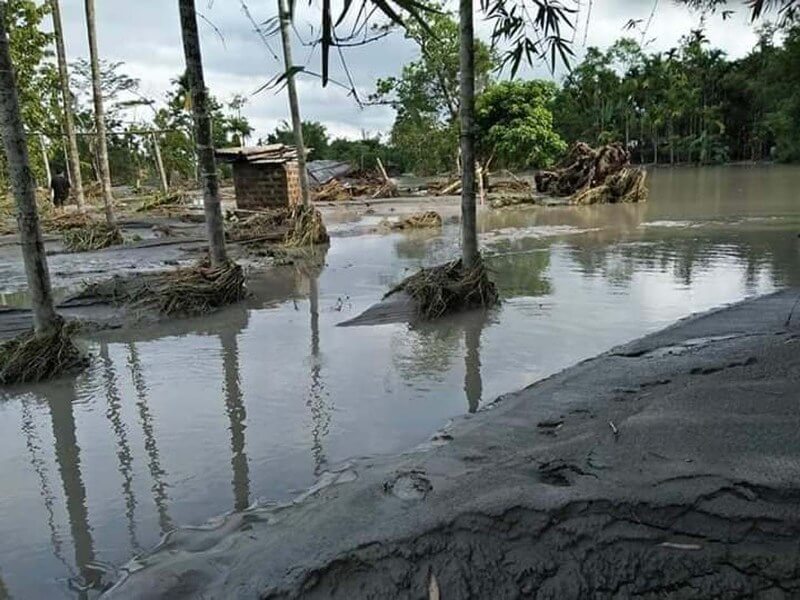 KOKRAJHAR: The woes of flood in Kokrajhar and Chirang districts continue due to incessant rains. The heavy downpour in the State and neighbouring Bhutan has worsened the flood situation in both districts of lower Assam while the situation under Bijni subdivision of Chirang district is worst as over 1,150 people have been forced to take shelter in four relief camps.

In Chirang district, as per official sources, three Revenue Circles-Sidli, Bengtol and Bijni- have 13 flood-affected villages. Total population affected in the three revenue circles is around 5,710 with 455 under Bengtol RC, 255 under Sidli RC and 5,000 under Bijni RC while total crops area affected is 2356.7 hectares in the three revenue circles.

Meanwhile, Minister Pramila Rani Brahma on Sunday visited some flood-affected areas in Kokrajhar district to take stock of the flood situation. She visited Taktara in Banargaon and assessed the flood caused by River Swrmanga where large part of paddy fields have been submerged, besides heavy damage to household properties and other crops in the villages.

Talking to media persons, she said the River Swrmanga caused flood in certain places as the level of the river was above danger level due to massive rain and lot of water flowing down from the foothills of Bhutan. She said she would take up the matter with the Water Resources department, besides taking measure for compensation of damaged crops. She also interacted with the villagers and urged the district administration to take immediate measures for the affected people. The SDRF teams also reached in the morning to help the villagers in shifting household materials and people stuck in the flood.