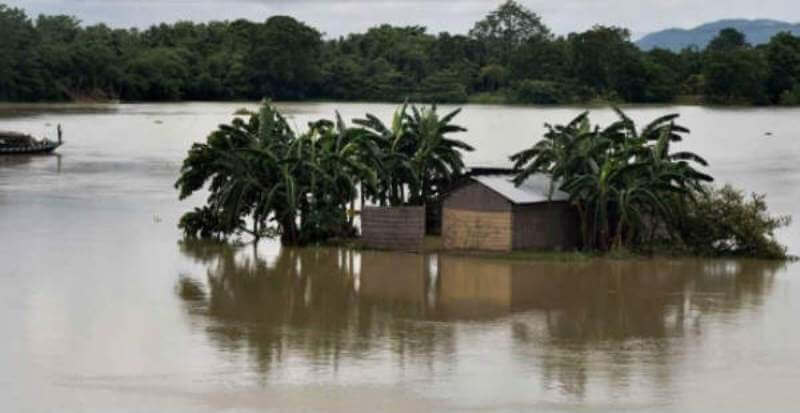 Hailakandi: Following a major breach at Mohanpur embankment, flood waters have gushed through inundating Mohanpur and other areas of Hailakandi district on Saturday.

Possibility of a cut in Gaglacherra-Natun Bazar embankment at Bamun Lekai under Rajyeswarpur Part VII has been reported. Officials of the district administration are in touch with the water resources authorities and the officer in-charge of Lala Police Station to ascertain the veracity of the report.

Meanwhile, Additional Deputy Commissioner RK Dam has asked all the line departments to submit daily flood damage report circle wise.  The district administration has activated the 24×7 control room for immediate response to the flood situation. 17 mm rainfall has been recorded in the district in the last 24 hours.  It may be recalled here that Hailakandi district was hit by an unprecedented deluge affecting 3.24 lakh people in June last year.