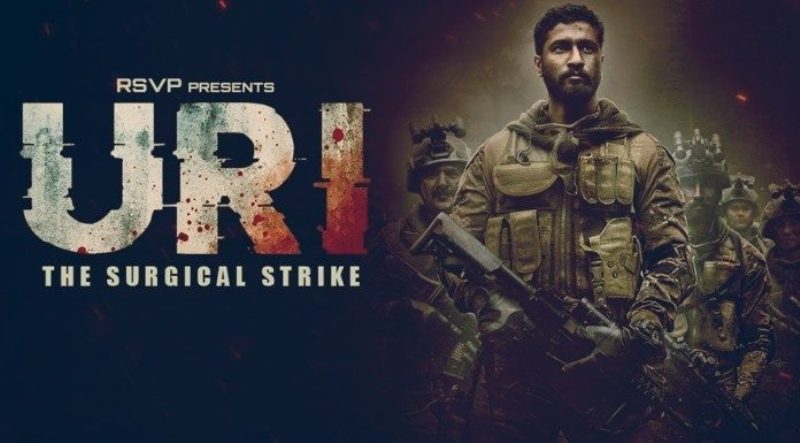 As the first half of the year 2019 came to an end, it is that time of the year, the time to take stock of the box office status in general vis a vis the Hindi films and that of each film released during the period individually. There is a superstition about not to release a film on the first Friday of a new year. And, that superstition continues as no major film was released on the first Friday this year, too. It seems, people would like to get the hang of the new year and settle down into it for, somehow, the superstition has proved right and the first Friday as well as the weekend have, as a routine, failed to draw footfalls. May be, not in the mood for a film outing, especially after the New Year revelry which happens to be the event of the year.

What the first six months indicated was that only superstars or big banners don’t matter, a cast had to be backed by content. This fact was proved more so in the second quarter of the year as a few big bill, big banner films fell with a thud.

Uri: The Surgical Strike enjoyed a glorious run to put together Rs 264 crore at the domestic box office. Manikarnika: The Queen Of Jhansi released the same month. The much revered and admired queen was brought alive on screen after a gap of 66 years, the earlier version being Sohrab Modi’s Jhansi Ki Rani in 1953. Most such historical characters have faded from public memory and to venture in to a film on the subject was a risky proposal, especially since it was an out and out woman oriented and dominated film.

Manikarnika: The Queen Of Jhansi got into some controversies initially but held its own eventually to emerge with a respectable box office numbers of Rs 95 crore but needed the income from its other rights like Overseas, streaming (Amazon) etc to recover. Gully Boy, February 14 (Valentine’s Day), a film about a local Mumbai lad wanting to make it big in the world of rappers, came as a change though rap as music is a past fade in India. However, the film centred around the Mumbai slums of Dharavi and, as such, held limited appeal to the viewers across rest of India. It was probably the popularity of the leading pair of Ranveer Singh and Alia Bhatt, who enjoy huge following, that saw the film through as it managed to collect Rs 124 crore.

The nationalistic fervour still prevailed and Uri: The Surgical Strike was followed by another story of the glory from the pages of oral history of a bunch of Sikh warriors from the British Era. As most parts of the India were not aware of this chapter in history, the film did its best business in the north. For the rest of the country, what mattered was that it was an Akshay Kumar film. The film collected Rs 165 crore. Luka Chuppi, a romantic comedy released on March 1. A film about friendship and one-upmanship, watching it was a pleasant experience while it lasted. A moderately priced film, the film was a success with a business of about Rs 94 crore.

Badla, a very limited budget film, that also released in March scored big compared to its cost. This Amitabh Bachchan-Taapsee Pannu starrer made as much as Rs 98 crore at the box office. The other film expected to do well was Total Dhamaal, a film with a reasonable face value and typical director Indrakumar Irani flavour (some double meaning dialogue and titillation).

This quarter had its share of some films with political themes. The Accidental Prime Minister on the tenure of erstwhile Prime Minister Manmohan Singh, based on Sanjaya Baru’s book of the same name, generated a lot of media attention but did not amount to much at the box office. Thackeray, a film made with the sole purpose of glorifying the life and times of the Maratha leader, Balasaheb Thackeray before the Lok Sabha elections followed soon after.

The second quarter of the year was almost disastrous as disappointments followed in some major films till, at the very end of the quarter, came Shahid Kapoor starrer, Kabir Singh, a remake of the Telugu hit, Arjun Reddy. While the period saw some attempts at making films on politically or socially relevant subjects, almost all such films went unnoticed except for one, The Tashkent Files, released in April. The film attracted much media and some discerning audience, too.

Romeo Akbar Walter was the first release of the second quarter and furthered the fancy of John Abraham of playing a cop or a spy or some sort of a national hero and so on. Nothing much came of it. Kalank, with a most inappropriate title and a theme to match, coming from the house of Dharma Productions, released mid-April. It was not palatable to the people. The presence of Varun Dhawan, Alia Bhatt and Madhuri Dixit could not salvage the film. The production house followed the failure of Kalank with another dud, Student Of The Year 2, an attempt to cash in on the banner’s earlier success, Student Of The Year, from 2012.

The month of May saw the release of another Ajay Devgn film, De De Pyar De, a kind of contemporary adult love triangle with a concocted script. Most grown up actors have given some flops to realise that they are past playing lovers.

With the coming of Eid and Salman Khan combination in the first week of May, hopes were high from both, the audience as well as the exhibitors. A blockbuster was awaited and expected with Bharat. As it turned out, there was nothing Bharat – like in the film.

Just when the second quarter of the year seemed to be ending on a disastrous note, came this surprise pack in the form of Shahid Kapoor starrer, Kabir Singh, a remake of Arjun Reddy (Telugu). The film established itself as a hit by day three becoming one of the biggest openers of its time and the biggest one in the career of Shahid Kapoor in his 16-year career.

To sum up the January-June 2019 period, while the first quarter with no major, high budget release, the period accounted for a box office of Rs 1,150 crore against which, the second quarter, with some high cost big banner films, could account for just Rs 650 crore (figures of Kabir Singh not added) at the box office. The last full year, the turnover was Rs 3,300 crore (and these sums include the share of cinema halls). (IANS)