She is a woman who loves chasing her dreams. For her there is nothing which may be impossible as hard work is what she believes in. She is a 'plus size model', who stands against all the stereotypical concepts of beauty. Despite the relevance of conventionality, she adds her charm of passion to it which makes her goal transparent to her.

Debunking the narrow concepts of beauty, she stands tall as a model with pride and dignity.

She believes that physical appearance of a person cannot judge who and what that person can become, but having faith in dreams can lead you to who you are. She is Progyashree Hazarika, daughter of Tulsi Hazarika and Rita Hazarika, belonging to the beautiful State of Assam and is based in Delhi. She wants to fly with her dreams and realise her ambitions. 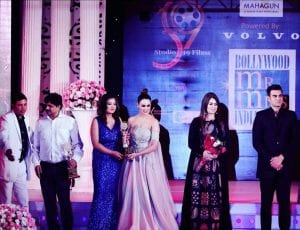 Progyashree said, "I am a strong woman because a strong woman has raised me. I was raised to never depend on one and I always want to change my 'can'ts' into 'cans' and my dreams into achievements." She also added that being a model, the first and foremost thing one must be is a beautiful soul along with his/her body. So apart from all kind of various lifestyles and daily activities, one must have the potentiality to grow younger and younger day by day.

Being a plus size model is a new form of style. A model doesn't only mean only skinny body; she can be of different shape, size and looks. A female body is made up of pulpy flowing lines and made of angelic shapes that create the most mesmerising pieces of art in the world. "Always respect your body, don't neglect it and never be ashamed of it, because it's an original sensation that holds the spirit of a warrior and the love that will one day change our world," says Progyashree.

Progyashree also starred in a short film titled 'Monor Morom', which participated in the National Short Films Contest in Assam in 2018.