Asha Parekh was born to a middle-class Gujrati family as the only child. Her mother enrolled in classical dance classes at an early age. She excelled in dance and started performing on the stage. Bimal Roy, Director, saw her at a function and cast her in one of his films “Maa” (1952), when she was just 10, followed by “Baap Beti” (1954). The latter was a failure at the box office, and this disappointed Asha, who took an exile from acting and resumed her studies, until, she was sixteen. She decided to try her hands at acting, again. Vijay Bhatt, Director, “Goonj Uthhi Shehnai” (1959), took her out from the casting as he thought that she was not a star material. But the next opportunity came in to her in a small interval of time, when a film producer Sasadhar Mukherjee and writer-director Nasir Hussain cast her as the heroine in “Dil Deke Dekho” (1959), and the movie was a huge hit at the box office. She starred in three more films with Shammi Kapoor being her co-star. The most popular film of hers was the thriller and mystery, “Teesri Manzil” (1966), which was also a huge hit. This led her to a long association with Nasir, who cast her in his six upcoming films. 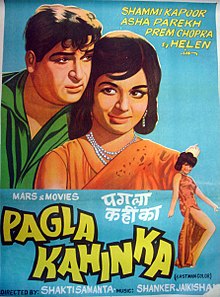 She carried an impression of a tomboy and a classical dancer, and not-a-serious actress until she got a break in Director, Raj Khosla’s film, who cast her in the tragedienne role in “Do Badan” (1966). She won the Gujarat State Award for Best Actress for her first Gujarati film “Akhand Saubhagyavati” (1963).

She also got into a lot of controversies, too. In one instance, Simi Garewal claimed that Asha tried to cut her part down in Do Badan, but Asha insisted that she never did that, and as proof, she showed that Simi won the Filmfare Award as the Best Supporting Actress for the film. The Do Badan team also supported Asha, especially the director Raj Khosla who later cast her in three more films.

Her leading actor Manoj Kumar soon directed and starred opposite her in his blockbuster Upkar (1967), which also won the Filmfare Best Picture Award. Due to continuous success stories at the box office, Asha earned the title "Jubilee Girl". Some of her successful films were “Ziddi” (1964), “Shikar” (1968), “Aan Milo Sajna” (1970), “Chirag” (1969 and “Mera Gaon Mera Desh” (1971). She also won the much coveted Best Actress Filmfare Award for Shakti Samanta's Kati Patang (1970).

She was in the peak of her career, even in 30, when she started picking up dance as her full time passion and performed on stage in abroad, while turning down a lot of important film roles.When she came back, she noticed that a lot of young actresses had taken over the industry. She, then, focused on her distribution concern, which she had started with Nasir Hussain. She also continued her charity work, and has a Santa Cruz hospital named after her. She lived with her parents in her beautiful seaside bungalow, whose innovative design drew a lot of attention. She continued her passion for dance, but her back problems forced her to give it up. 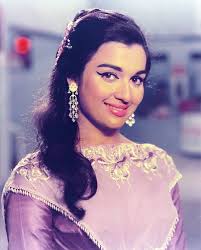 But she discovered a new passion i.e. directing television serials, one of those immensely popular serials is “Kora Kogaz” in the early 90's, and was convinced to give up acting permanently in 1995. Through her production company "Akruti," she produced and directed television serials.

In 2002, she was honoured with the Filmfare Lifetime Achievement Award. After her mother passed away, she sold her bungalow and moved into a smaller house to take care of her ailing father, until he, too, died. She was never married and had no affairs with the heroes. In her 2017 memoir, “The Hit Girl” (co-written by Khalid Mohamed), Asha revealed that her longtime director Nasir Hussain was the "only one and true love of her life." Since he was already married with two children, she couldn't marry him. Now, Asha devotes her time to her hospital, charity work and her dance academy "Kara Bhavan”, which has produced many skilled and talented dancers.