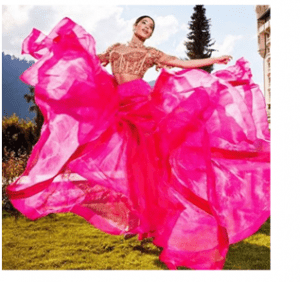 No, you assumed it wrong that Janhvi is to work in a movie with fairytale storyline. She may do so in future when any such offer comes up after she definitely looks sweet and cute like a fairy.

However, as of now we're talking about her fairy tale version, her fairy looks in Manish Malhotra's collection that will make you believe that she has landed back to earth, to this planet right from a fairy planet. 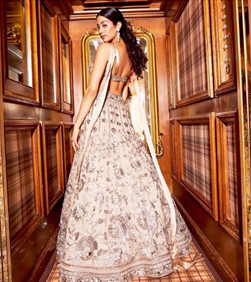 Janhvi was recently in Switzerland for the shoot of a bridal magazine cover. Fashion designer Manish Malhotra accompanied her.

In one of the pictures, we can see Janhvi in the backdrop of the famous Gstaad Palace. She is wearing a hot pink voluminous skirt with a gold corsetted top. 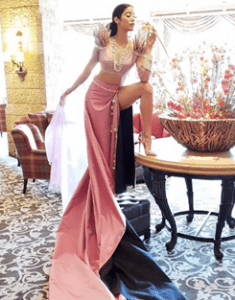 She also wore a magnificent lehenga with antique crusted silver embroidery work done on it.

In a pastel pink silk gown, which had spikes on the shoulder, she looked like a beautiful woman from a fantasy world.

Janhvi was looking beautiful, different and ecstatic. As always, she sports a great deal of charm with whatever attire she wears. Late actress-mom of Janhvi was known as lady superstar, who was also known for her fashion sense. Now, her daughter is also known for her sense of style and fashion choices. Like mother, like daughter.