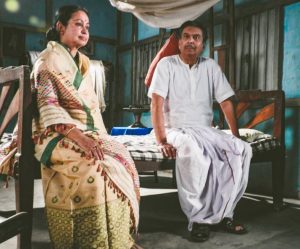 The stories and events of 1962 has echoed across generations. The ensuing consequences of the War were unbelievably nightmarish for the people of Tezpur, who had to evacuate the town, when the Chinese troops were within striking distance of the oil fields of Assam, following the fall of Bomdila. The subject still whips up lingering memories for many of those surviving residents of Tezpur, who went through immense pain and suffering during that bleak, oppressive atmosphere.

There have been a spate of Bollywood movies based on the Indo-Pak wars, but very few films have sincerely dealt with the India-China war of 1962. One film that immediately comes to mind is the timeless ‘Haqeeqat’, released in 1964. It is, therefore, high time that a movie dealing with the anguish and suffering endured by the citizens of Tezpur be told faithfully, evoking the period and providing a backdrop for the interplay of human emotions. The Sino-Indian War and the long series of events that unfolded has long been a vehicle of inspiration for writers and readers. It has also unleashed a passion in the National Award-winning filmmaker Hiren Bora, a Tezpur native, who has weaved together a compelling story set in the backdrop of the 1962 war in his ambitious new movie ­- ‘Seema - the untold story’, which has hit the theatres all over, on March 29.

The story focuses on the spirit and determination of a blind child hailing from a poor family of Tezpur and the role of a British journalist. There is also an intriguing love story that unfolds during the oppressive period. The film also depicts the release of the jail convicts and the inmates of the mental asylum and the humanitarian work of the Mission Hospital. There was a tremendous upsurge of patriotic fervour among the people, in particular, the youths of Tezpur, who were caught in a quagmire of dismay, fear and anxiety. The story ends with the unilateral ceasefire announced by China, and the retreat of the Chinese forces followed by the return of the evacuees and the happy union of the lovers. But despite the passage of so many years, the boundary disputes remain unresolved. Besides looking up the archives, Hiren Bora recorded a number of incidents and anecdotes in his diary, while interacting with the survivors and war veterans. The film has appealed to the senses and emotions of the audiences and has even roused them to patriotic fervour.

Produced by Sanjive Narain, under the banner of AM Television Productions, the film’s executive producer is Dadumoni Borah. The script, based on a story by the director himself, is written by Hiren Bora in association with Ranjit Sarma, Sapun Duwarah and Mumbai’s Hari Haran, The film stars George Baker, who portrays the leading role of the British journalist, William Smith. The various other roles are enacted by Nipon Goswami, Arun Nath, Krishna Das Nath, Dr Jahanara Begum, Rita Bora, Rodali Bora, Dr Shyamal Saikia, Ankita Saikia, Ujjal Saikia, Deepa Chetri, Dristi Naina Das, Nilim Dutta, Monuj Borkotoky, Arunachali actress Pema Lhamu, Hrithik Padmawati, Arabinda Baruah, etc. While the film is cinematographed by Vivek Banerjee, musically scored by Tarali Sarma, edited by Dipak Mandal, the publicity designers are Arun Lochan Das and Debajit Bhuyan and the gfx is designed by Zonak Yugantar Bora. Earlier, the film came in for a lot of appreciation after a special show was held in a makeshift mobile multiplex cinema hall at the Assam Engineering Institute playground in Chandmari, Guwahati. 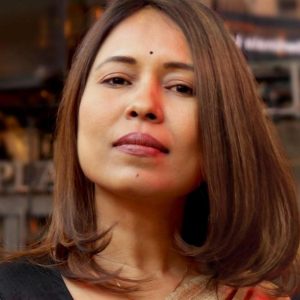 Rima Das joins Toronto International Film Festival's ‘Share Her Journey’ as their official ambassador. TIFF launched the campaign, a five-year commitment to increasing participation, skills, and opportunities for women behind and in front of the camera. It started in 2017 to prioritise gender parity with a focus on mentorship, skills development, media literacy, and activity for young people.

"TIFF is delighted to welcome Rima on board as an Ambassador for our Share Her Journey campaign. Her remarkable body of work and passion for championing equality makes her an excellent choice to help us support women in film and move the dial towards gender equity throughout the industry," says Cameron Bailey, Artistic Director and Co-Head of TIFF.

The woman behind 'Village Rockstars', India's official entry to the Oscars 2019, would like to see more and more women in the industry break the glass ceiling. “It's a huge honour to be a ‘Share Her Journey’ Ambassador. Through this platform, I would like to bring together voices of people of all genders and collaborate to champion the cause of equality,” she said. 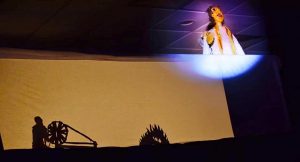 On invitation from the Indira Gandhi National Centre for the Arts (IGNCA), a leading government-funded arts organisation under the Ministry of Culture, a puppet play – ‘The Life of Mahatma Gandhi’, presented by the Guwahati-based cultural institute Surojit Academy, was performed in a three day event - 'Divya Prakriti Parva', which was held in Delhi, from March 6 to 8, 2019, to mark the International Women’s Day. The play, directed by Binita Devi, narrated various events and episodes from the childhood days of Mahatma Gandhi to India’s independence. The puppets in the play, adapted to Hindi by Niharendra Sarma, were brought alive through the dexterous use of rod puppets, shadow puppets and glove puppets. The event, held under Nari Samvaad Prakalp, showcased varied programmes, including special lectures, workshops, academic panel discussions, exhibitions, among others, where a number of students from universities and colleges, researchers, professors, artistes, litterateurs, among others, from Delhi and its neighbouring states, attended.

Dedicated to the Father of the Nation and his devoted wife, Kasturba Gandhi, ‘The Life of Mahatma Gandhi’, showcased on the opening day of the event, regaled the audiences, who were intrigued by the depth and the intricacy of the puppeteers, led from the front by Binita Devi, who has contributed much to the creativity and lively productions of her institute Surajit Academy. It has always been the primary objective of her cultural institution to promote and create awareness of this vanishing art form. A Junior Fellowship awardee from the Ministry of Culture, New Delhi, Binita Devi has been imparting training in glove puppetry to a number of pupils from all over the State. 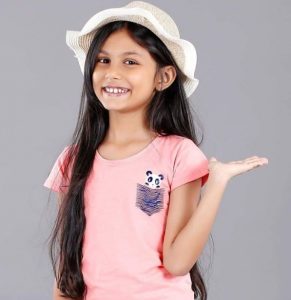 Two budding talents from Assam, one, a skilled script writer and another, a promising child actor, have made their dazzling mark in Bollywood and the Sri Lankan film industry respectively.

Suman Adhikary, who hails from Barpeta district, has scripted the dialogues for the recently released Bollywood action-thriller ‘Junglee’, which stars Vidyut Jammwal, and has been directed by American filmmaker Chuck Russell.

Another gifted prodigy from the state is the 8-year-old Orgha Goswami, who has recently acted in an award-winning Sri Lankan film ‘Asandhimitta’. Orgha, who has been modeling since the age of 3, has also featured in a number of advertising films, including big brands like Spencer’s, Khadim’s, Khazana and Story. Daughter of Himanka Goswami and Geetanjali Goswami, who hail from Assam, Orgha currently resides in Colombo along with her parents.