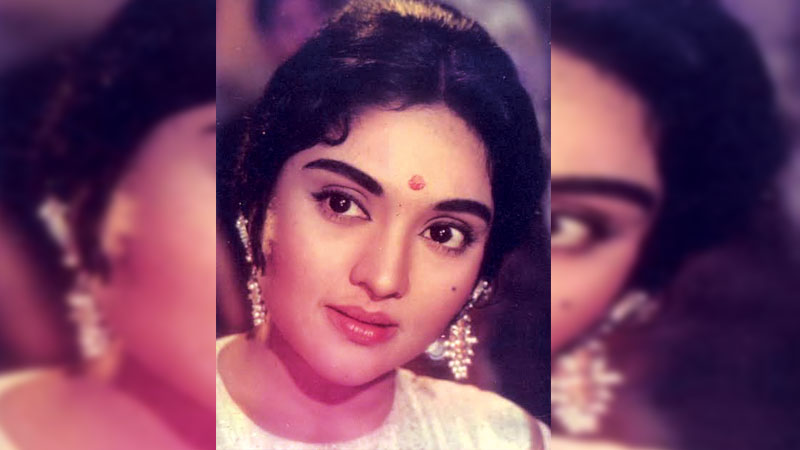 Vyjayanthimala was born to actress and dancer Vasundhara Devi in a Tamil-speaking family in Chennai, India, on August 13, 1936.

At the age of 4, she got the rare chance of performing a dance before the Pope. Then at the age of 15, while in her final year at school, she was signed-up by family friend, M.V. Raman, for a role in a Tamil film ‘Vazhkai’. This movie was successful at the box office and was re-made in Hindi during 1951 and released as ‘Bahaar’.

Since her entry into films from 1949, this actress, who is also proficient in Bharat Natyam, has appeared in approximately 62 movies, the majority of them in the Hindi language. Her career spanned from 1949 through to 1989. She has received a total of five awards for her performances in ‘Devdas’, ‘Sadhna’, ‘Ganga Jamuna’, and ‘Sangam’, as well as a lifetime achievement award during 1995.

Her dance numbers, such as ‘Hothon Pe Aisi Baat Main Dabake Chali Aai…’, ‘Man Doley Mera Tan Doley…’; ‘Chad Gaiyo Paapi Bichua…’; ‘Main Ka Karu Ram Mujhey Buddha Mil Gaya’ continue to be popular even today. She made waves when she appeared in a fire red swimsuit in ‘Sangam’. She also paved the way for other South Indian actresses, like Hema Malini, Rekha, Sridevi, etc. to make a transition to Bollywood. Her career was managed by her grandmother, Yadugiri Devi.

She married Raj Kapoor’s personal physician, Dr. Chamanlal Bali after he divorced his first wife and re-located to Chennai, where she gave birth to a son, actor Suchindra Bali.

After quitting films, Vyjantimala took up shrimp farming, opened up a dance academy, even took an active interest in politics, and with the backing of Indira Gandhi’s Congress Party was elected Member of Parliament during the 1980s. She chose to quit politics due to principled differences during 1999.

After the passing of her husband, she now resides in Chennai, with her son, who is an aspiring actor in his own right, and has removed herself completely from Bollywood, in particular, and movies in general, though she could have easily continued on for another decade.

One of her hits ‘Naya Daur’, originally in Black & White, has now been colorized, and re-released.

In 2007, she published her autobiography titled “Bonding,” where she revealed that she didn’t have an affair with Raj Kapoor, her leading man and director from “Sangam” (1964).

In 2011, her son Suchindra and daughter-in-law Nandini presented her with a grandchild named Swara.

How About Making Organic Compost All By Yourself?
Best kept secrets for healthy skin