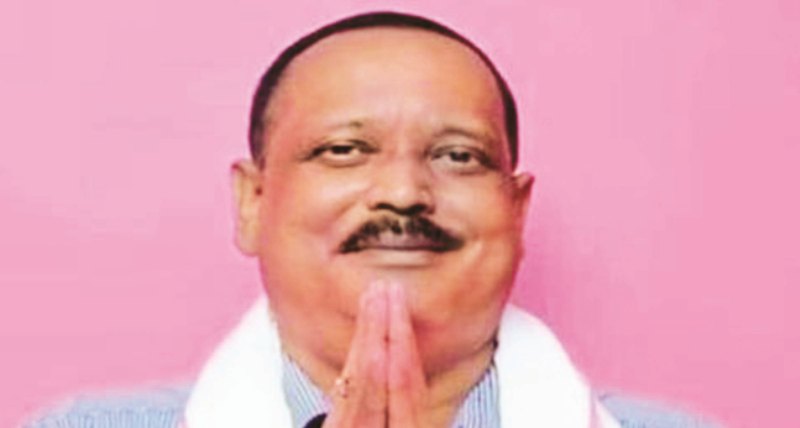 TEZPUR: Rajen Borthakur, the veteran politician and  BJP MLA from Rangapara, passed away following a cardiac arrest at a private nursing home here at around 5 pm on Tuesday. He was 54.

He was rushed to the hospital on December 9 after becoming critically ill. Late Borthakur was a resident of the Niz Haleswar near here. He was suffering from heart-related ailments and was under treatment. Borthakur leaves behind his wife, mother, family members and a host of well wishers.

Late Borthakur was also the Chairman of the Tezpur Sports Association, four times Chairman in the Planning and Development Committee, Sonitpur Zila Parishad, former Chairman of the Assam State Textbook Production and Publication Corporation Ltd and former MLA of Tezpur LAC. He was also the president of the historical Haleswar Devalaya. He was a man of amiable nature and hard working for which he was loved by all sections of the society.  He was closely associated with the Tezpur Xahitya Xabha, Tezpur Ban Theater, Tarun Asom Sangha, Dr Bhupen Hazarika Kola Bhumi, Tezpur Environment Society and several socio-cultural organisations.

Among those who offered their condolences to members of the bereaved family and prayed for eternal peace of the departed soul are Chief Minister Sarbananda Sonowal and the Sonitpur BJP president besides various organizations including Tezpur Municipality Board, Tezpur Development authority, and the Sonitpur District Sports Association.