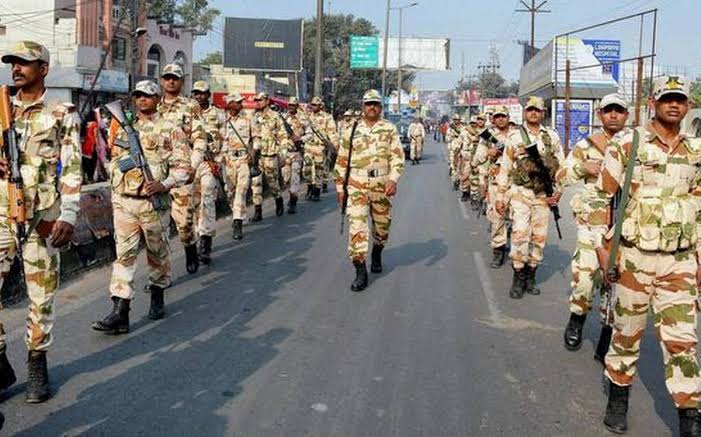 GUWAHATI: The Centre is rushing more forces to Assam even as 59 additional companies of the Central Armed Police Force (CAPF) have already reached the State to tackle the present volatile situation arising out of massive protests against the Citizenship (Amendment) Act (CAA). More forces will be arriving in the State, informed sources.

Even though the Centre had sent additional forces to the State before publication of the final National Registrar of Citizens (NRC) in August 31 this year to tackle any law-and-order situation, forces were withdrawn in phased manner during the post-NRC publication period.

“Now in view of the current turmoil in the State, the Centre is fast sending additional forces to the State,” a source, adding that the Union Home Ministry is monitoring the State’s situation on daily basis.

While the Army has staged flag-march in several parts of the State including Guwahati, the force has been kept standby to deal with any situation in case the law-and-order situation further deteriorates. The Army has been told to go for flag marching in other districts depending as how the law and order situation develops.

According to a press communiqué issued by the PRO (Defence) Guwahati, Assam Rifles was requisitioned in Guwahati, Morigaon, Sonitpur and Dibrugarh. Till now a total of eight columns have been requisitioned which include one in Bongaigaon, one in Morigaon, four columns in Guwahati and two in Sonitpur.

Meanwhile, the State Home department has received reports and evidences that certain unscrupulous and anti-social elements are in involved in many untoward incidents, violence and ransacking of public property in the name of carrying out protests against the CAB.

Also Read: Assam limping back to normalcy after three days of unrelenting protest against CAA