An unachievable feat has been conquered by an Indian that has created history and brought laurels for both the nation as well as her home state, Assam.

Eighteen-Year-old Hima Das hails from Nagaon in Assam and has created history by becoming the first Indian woman to win the gold medal in track event by 400m finals within a record 51.46 seconds in Finland's Tampere World U20 Championship. The Assam athlete initially trained on paddy field of her village as she is the daughter of a farmer and youngest among the five siblings.

India is celebrating the historic win of Hima Das. After her Stellar Victory, many Bollywood celebrities and even political leaders to sportspersons have congratulated her on twitter and tweets are continuing to flood the social media platform.

Let take a look into the collage of tweets where some of the most famous and celebrated personalities have showered their blessings on this Humble Assamese girl who is now the crown jewel of Indian sports industry. 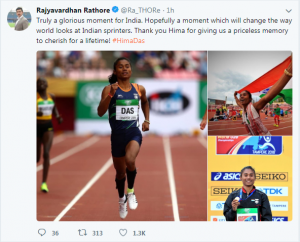 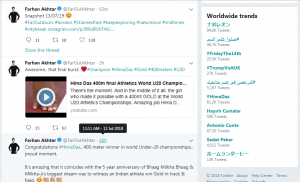 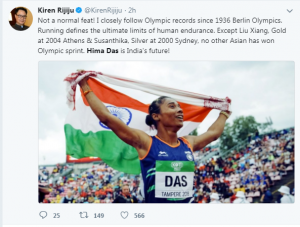 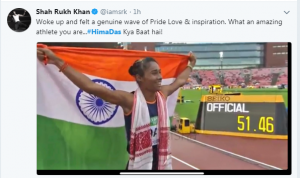 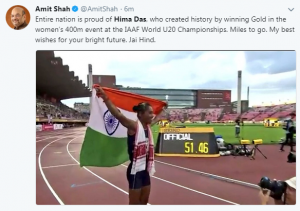 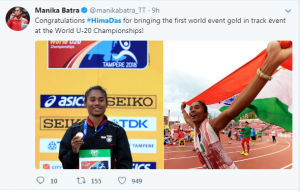 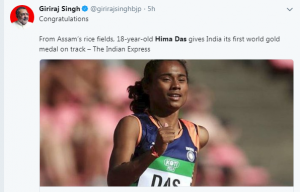 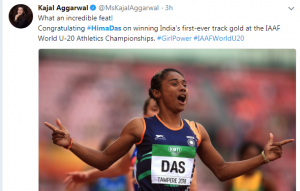 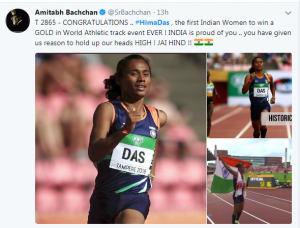 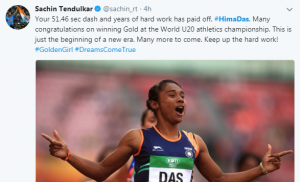 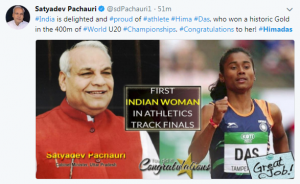 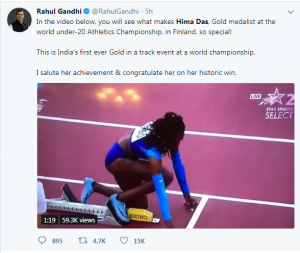 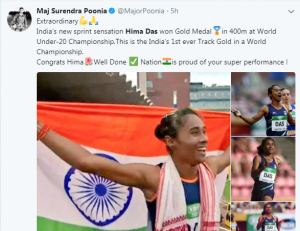