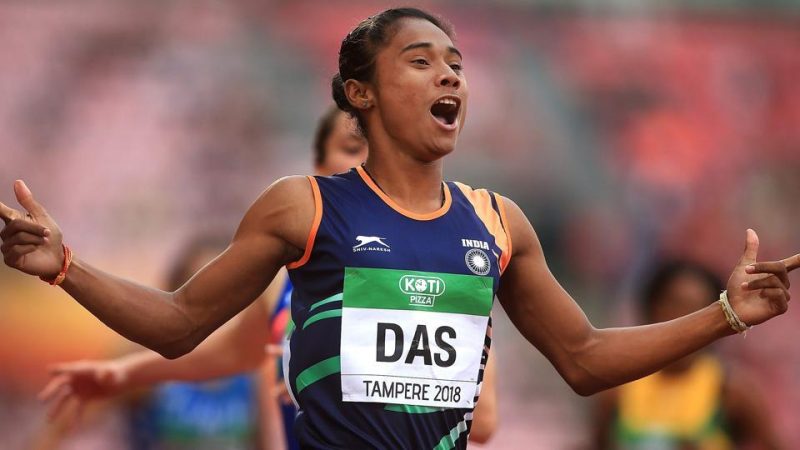 New Delhi: There seems to be no stopping Hima Das as the ace Indian sprinter won her fourth international gold within 15 days after she bagged the top honours in the 200m race at the Tabor Athletics Meet in Czech Republic.

On Wednesday, Hima clocked 23.25 seconds to clinch gold. Her compatriot V.K. Vismaya won the silver medal with a season best 23.43.

In the men’s event also national record holder Muhammad Anas clinched the gold medal in 45.40 seconds in 400m race. Anas, on July 13, had won gold in the men’s 400m race as he clocked 45.21 seconds to bag the top honours at Kladno.

This was Hima’s fourth gold since July 2 when she ran her first competitive race in Europe.

“Won another gold today in 200m and improved my timings to 23.25s at Tabor GP,” the sprinter from Assam tweeted after her victory.

In her first competitive 200m race of the year on July 2, Hima had clocked 23.65s to win gold at the Poznan Athletics Grand Prix, also in Poland. Then on July 8, she won her second 200m gold at the Kutno Athletics Meet in Poland. Braving a sore back, the Assam runner had clocked 23.97 seconds to win the gold while Kerala runner V.K. Vismaya had grabbed silver with a timing of 24.06 seconds. IANS