Guwahati: At a time when the Sarbananda Sonowal-led Government of Assam is beating drums over women’s safety and making the state corruption-free, an incident at Christian Basti near the Central Mall on GS Road has raised serious questions over the transparency of the functioning of the Guwahati Municipal Corporation (GMC)-sanctioned parking operators.

In yet another incident of illegal parking-mafia being active across the city, a lady was harassed by a parking staff at around 7 pm, when he was asked to produce a proper printed receipt after he demanded Rs 30 as parking charge for an hour, which as per the municipal corporation's own rule is Rs 10 for the first 2 hours and Rs 10 thereafter for subsequent hours. 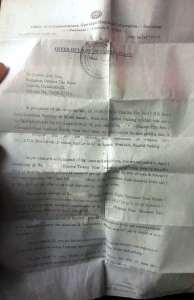 The entire fiasco started when the lady asked for a receipt and questioned the parking staff about the abnormally high parking fee charges he was demanding. On being asked to produce a valid Identity (ID) card issued by the GMC, he started verbally abusing her and threatened that he won’t let her leave the place if she didn’t pay Rs 30 as demanded. 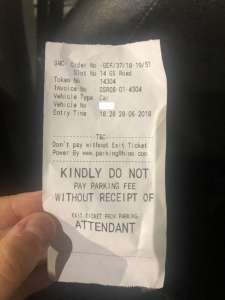 Moreover, when the lady refused to pay Rs 30, he started negotiating and agreed to accept Rs 20, even though the fair amount should have been Rs 10, as per standard parking charges set by the municipal corporation. The situation turned more suspicious when the parking staff fled the spot when the lady tried to click a photograph of him. Finally, he settled for Rs 10.

Interestingly, the receipt that was produced after the payment did not have any amount and exit time printed on it.

Now, it is to be seen what action the GMC and the Guwahati Police take on the parking attendant and the person who has taken the contract for the said area, as it concerns not only illegal parking charges but also the safety of women in the city.