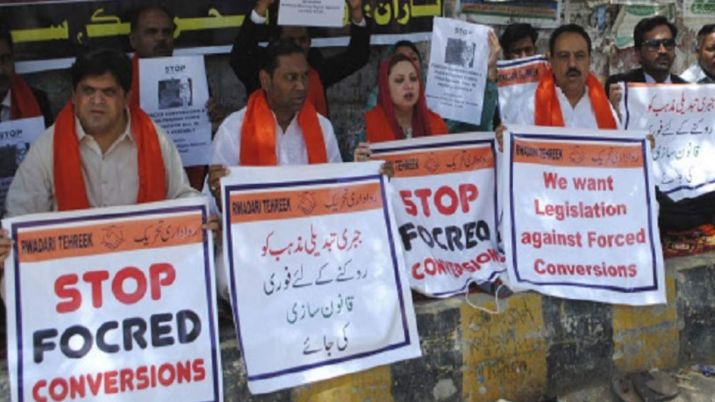 Karachi: The issue of kidnapping and forced conversion of Hindu girls in Pakistan was raised in the Sindh Assembly when opposition Grand Democratic Alliance’s (GDA) Nand Kumar Goklani filed a private resolution seeking protection of the girls of the minority community. Moved on Tuesday, Kumar’s resolution read: “This house resolves that [the] provincial government takes notice of recent surge of kidnapping of Hindu girls from various districts of Sindh and take steps to arrest the culprits [involved] and give them exemplary punishment and stop forced conversion.” However, lawmakers belonging to other parties, felt that the resolution should not be restricted to Hindu girls, as girls irrespective of their faiths should be protected from being kidnapped and forcibly converted in Sindh. (IANS)

Two Earthquakes measuring 5.6 & 3.8 on the Richter scale jolts Northeast on Friday
Iran Says Its Missile Programme With US Not Negotiable