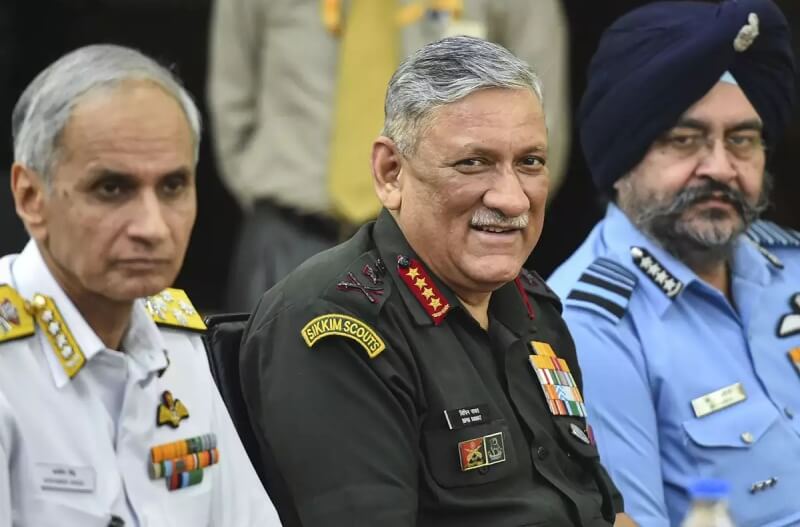 (The author is a former India’s Deputy Chief of Army Staff. The article is in special arrangement with South Asia Monitor)

The proposal for appointing a Chief of Defence Staff (CDS) has been doing the rounds since the time of Pandit Jawaharlal Nehru, India’s first Prime Minister and Lord Mountbatten, the last British Viceroy in India. In response to a communication from Lt.Gen M.L. Chibber, former Director General Military Operations (DGMO), Mountbatten wrote in 1977: “Last time Nehru stayed with me here at Broadlands, before the Chinese invasion, I urged him to appoint General K.S. Thimayya to the CDS post right away as I could see trouble brewing with China. I warned him that if a war came, the Indian army would suffer a quick defeat. He (Nehru) said there is no question of there being a war as India wishes to be at peace with everybody. To this I replied that it takes two sides to decide whether there would be a war or not and that if China or Pakistan invade, there would be war on your hand.”

This stance of no CDS continued all these years, resulting in lack of ‘jointness’ and consequent adverse impact on operations during all the wars that India fought since independence. It goes to the credit of Prime Minister Narendra Modi to finally sanction the post of CDS for India’s defence forces. CDS is expected to be a single point of advice to the government on national security issues: essentially external security and deployment of the military. In this field there already is an adviser known as National Security Adviser who is of Cabinet rank and whose advice would, in all probability, carry more weight. Equally, the Defence Secretary too is available for advise.

It would be necessary to draw up the range and type of advice on national security the government might seek from the CDS. Equally, his extent of full authority within the military set-up will require to be spelt out. However, the more important and relevant issue is, as to how he will be able to deliver on imperatives of integrating various components of the three or two services, as applicable, and weld together, synergise and optimise their individual potential into one whole in a theatre of operations to maximize chances of positive outcome, is anybody’s guess.

Such an unstructured arrangement working against turf battles, with no play in theatres of operation, is up for speculation. Therefore, just the post of a CDS with little or no change in the existing arrangement at operational end in various commands would serve little purpose. Full transformation into a CDS system in its full play (integrated theatre commands) will be resisted not only from within the three services but more so by the bureaucracy and to some extent by the political class. The Indian political class – unlike in the USA and the UK – is not well informed on defence and external security issues. Within the Indian bureaucracy, to stall the proposal of CDS, the view projected has been that CDS is needed by countries which have global threats and responsibilities whereas Indian military’s role is to defend country’s borders and shores.

Germany’s spectacular victories and rapid advances in Europe and later USSR during the Second World War were the result of integration of mechanized forces and Luftwaffe. Ashley Tellis in his book titled, “Stability in South East Asia” purported to be a Rand Report, prepared for the US Army, writes that, “If Pakistan initiates conflict, it has the advantage, but only in a short war. If India initiates conflict, it can surmount numerical but not operational deficiencies.” It further adds: “The Indian Air Force does not contribute operationally and the Indian Navy is irrelevant as a risk fleet, though China’s forays into Indian Ocean Region (IOR) has brought into focus the relevance and importance of the Indian Navy and imperatives of having a strong navy.’

Though attempts have been made now and then to pull the CDS idea out of cold storage, what frequently came out of these exposures are the side-tracking of the central concept of the CDS system as such. This is what the Naresh Chandra Committee too did. There have been half-baked attempts to resolve the national security paradigm, but in reality what eventually emerged has been a paralysis of the solution to the emerging security demands.

The three service chiefs too are likely to oppose the CDS in its full spectrum, as they will be left with only staff functions. Such opposition had surfaced in US military too and it was the US Senate that forced the adoption of the Goldwater-Nicholas Act of 1986. However, in India, even some elements within the political class and bureaucracy, with scant knowledge of war fighting and the imperatives of integration of all elements in a theater of operation, too voice opposition to this idea of CDS in its full spectrum.

CDS, by itself, without its essential adjunct of integrated theatre commands would be of little avail. It may turn out to be a just one more four star-general, without any enhancement in Indian military’s war-fighting capabilities. Prime Minister Modi has the standing and the vision to bring in the CDS in its full play (with integrated theatre commands) and give the Indian military enhanced capabilities which the existing system or even a stand-alone CDS will not be able to bring to fruition. This change needs to be brought in sooner than later. (IANS)

Also read: Chief of Defence Staff to be a Reality: PM Narendra Modi