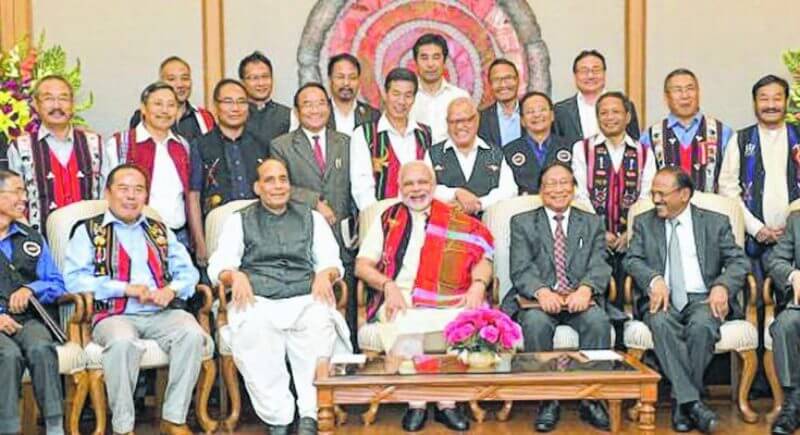 The BJP-led government at the Centre has appointed RN Ravi, the government’s interlocutor for the Naga peace talks, as the new governor of Nagaland. With this, the Naga peace talks have received a shot in the arm. It is a fact that the Naga peace talks have remained stuck at one place since signing of the Framework Agreement between the Government of India and leaders of the National Socialist Council of Nagalim (Issak-Muivah) — NSCN(IM) – way back in 2015. Ravi’s appointment comes in the wake of completion of a five-year term by present Governor PB Acharya. A 76-batch Indian Police Service officer of the Kerala cadre, Ravi had served for long in the Northeast after shifting to the Intelligence Bureau, handling insurgency in the region, and thus knowing issues relating to the region inside out. He has also worked closely with Ajit Doval, the National Security Adviser (NSA) when the latter was director of the Intelligence Bureau. While he retired as Intelligence Bureau special director in 2012, Narendra Modi hand-picked him almost immediately after taking charge as Prime Minister in 2014 and made Ravi chairman of the Joint Intelligence Committee for three years. Instrumental in bringing several groups together for the Naga peace accord, Ravi on August 3, 2015, signed the Framework Agreement on behalf of the Government of India with the National Socialist Council of Nagaland-Isak Muivah (NSCN-IM). This was followed by signing a second agreement with the working committee of the Naga National Political Groups on November 17, 2017, which literally pulled down curtains on the decades-old insurgency in the Naga Hills, though not much is known to have happened that can lead to a final settlement of the issue. Last year, the government had also appointed him as Deputy National Security Advisor. While the NSCN(IM) is yet to make public its reaction to the appointment of Ravi as Nagaland Governor – he will be the 19th governor since Nagaland was created in 1963 – Nagaland Chief Minister Neiphiu Rio has welcomed the decision and said that he was looking forward to working with him. Rio has also gone on record saying Ravi had the trust of Prime Minister Narendra Modi, and was thus given the ‘special task’ in Nagaland. Rio, on Sunday, also quoted Union Home Minister Amit Shah as saying that New Delhi would soon name a new interlocutor to replace Ravi. Chief minister Rio also described Ravi as having been sincere about the peace process, but not before issuing a warning that the outcome also depended on the Nagas themselves. A section of the media in Nagaland has said that given Ravi’s relationship with the Naga people – across political as well as social spectrums – his appointment as the Governor of the state had triggered a flurry of speculations. There is also a feeling among people in Nagaland that, given Narendra Modi’s sharp political acumen, Ravi could have been assigned the new role in order to oversee the transition if, and when, the final solution to the Naga issue was worked out. Though both sides have remained tight-lipped on the current status of the peace talks, there have been reports that New Delhi is not agreeable to creation of a ‘Greater Nagalim’ by including portions of other states like Arunachal Pradesh, Assam and Manipur to the existing state of Nagaland, as also to a separate flag for the ‘Greater Nagalim’ proposed by the NSCN(IM).

Inclusion of Rohingya Migrant in NRC
Colombo Easter Massacre: Can Islamic Terror Be a Diplomatic Asset?