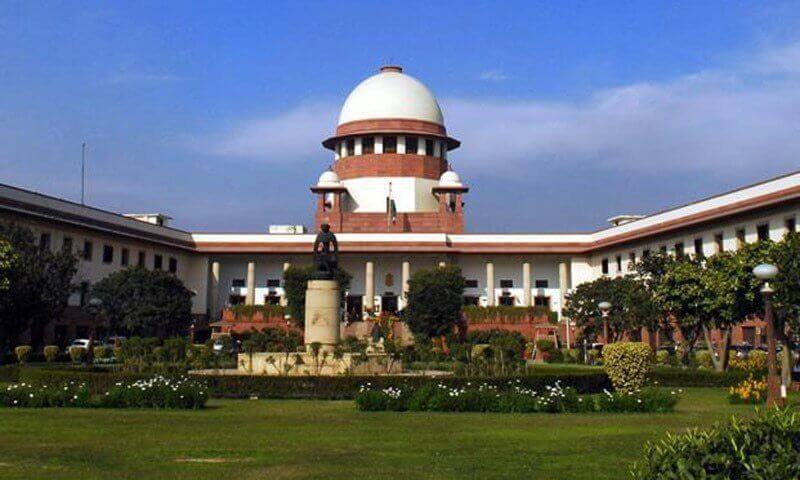 The decision of the Supreme Court of India on Wednesday to hear the petitions from Assam and Tripura against the controversial Citizenship (Amendment) Act separately from the petitions from other parts of India is a welcome step, a temporary reprieve though. That the apex court has also given four weeks time to the Union government to file counter-affidavits is also important from several viewpoints. One, it gives the leaders of the anti-CAA movement enough time to take the best available legal support to challenge the Act and take it to a logical end where the CAA itself hopefully gets scrapped as had happened to the notorious IM(DT) Act. For those who may have forgotten, the notorious Illegal Migrants (Determination by Tribunals) Act – IM(DT) Act – was enacted in 1983 by the Congress party when it was in power, with the sole intention of protecting the illegal migrants of erstwhile East Pakistan and present-day Bangladesh. It was scrapped by the Supreme Court of India in 2005 after the then All Assam Students’ Union president Sarbananda Sonowal had challenged it a few years before that, with the apex court describing the Bangladeshi infiltration as an “external invasion” as well as “demographic invasion” of India’s Northeast, and had asked the Union government to protect its citizens under provisions of the Constitution. The second aspect is that the Government of India should now utilize the next few weeks in analysing what grave injustice was doing to the people of Assam and the Northeastern Region by opening the floodgates for a demographic linguistic and cultural invasion against the indigenous communities, and either revoke the Act or exempt the entire Northeast from its purview. Thirdly, the BJP party – from Amit Shah and Narendra Modi down to the social media team members – should try to apply their minds and understand what signal the hon’ble bench of the apex court was trying to send them by way of treating the anti-CAA petitions from Assam and Tripura separately, and then begin to think twice before passing any remark against the All Assam Students’ Union and the Assamese and other indigenous communities of the region. (Additionally, the BJP and particularly its panels of spokespersons and social media teams should also go back to the history of the IM(DT) Act and the Supreme Court judgment of July 12, 2005.) Fourthly, the Government of Assam – belonging to Sarbananda Sonowal’s BJP, Hagrama Mohilary’s BPF and Atul-Keshab’s AGP – should now spend the next few weeks in asking itself whether it remembers or not that it was constituted because the indigenous people had overwhelmingly voted it to power for the promise of protecting the jaati-mati-bheti of the people. It is also an opportunity for the Congress party – Tarun Gogoi, Ripun Bora, Debabrata Saikia & Co – to tell itself that the oldest party of the country is the original and biggest culprit in letting lakhs of East Pakistanis and subsequently Bangladeshis (irrespective of whether they are Hindus or Muslims) infiltrate into India in general and to Assam and the Northeastern Region in particular. Had Nehru supported Lokapriya Gopinath Bardoloi, Bishnuram Medhi and Bimala Prasad Chaliha (all of them great and courageous Congress leaders of Assam) and put an end to influx in the first two decades after independence, there would have been no problem of illegal infiltration and demographic invasion and linguistic invasion and cultural invasion in Assam and the Northeast. The Asom Gana Parishad – from its founder president Prafulla Kumar Mahanta to present president Atul Bora – should not forget that they had miserably failed in their primary duty of aggressively implementing the Assam Accord during both the occasions when they had occupied office in Dispur. The two AGP governments headed by Mahanta did not even have a department to exclusively implement the Assam Accord. The Leftist intellectuals and political activists on their part should remember that they had vehemently opposed the Assam Movement by denying that there was ever any infiltration from East Pakistan and/or Bangladesh. The present generation of young people taking part in the anti-CAA movement should also keep this aspect, character and past history of the Leftists. About a section of self-styled intellectuals who have suddenly turned patriots: most of them had also opposed the AASU-led Assam Movement of 1979-85; a few of them had also directly or indirectly supported the ULFA and incited many young men to go astray and lose their valuable lives in the name of an unrealistic war that Arabinda Rajkhowa, Paresh Barua, Anup Chetia & Co had waged against the country.