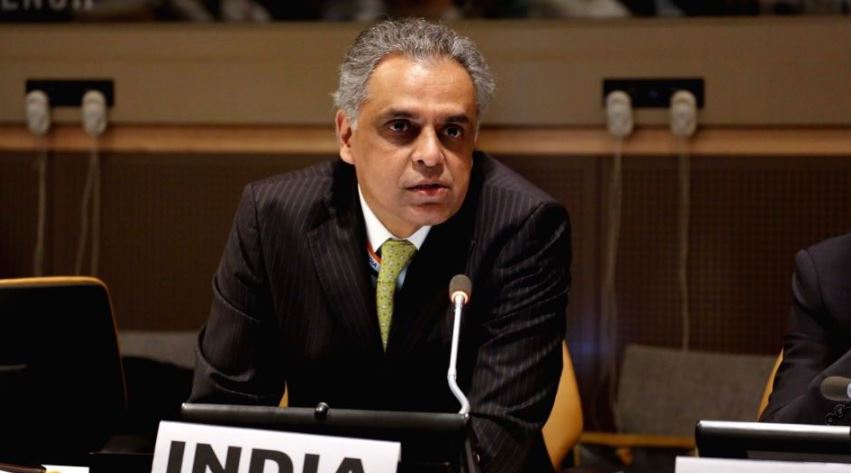 While the US peace overtures to the Taliban founder, India has said that the international community should address the problem of sanctuaries for terrorists in Pakistan.

“The support and safe havens enjoyed from beyond Afghanistan’s borders by groups such as the Taliban, the Haqqani Network, Da’esh, as well as Al Qaeda and its proscribed affiliates, including the Lashkar-e-Taiba and Jaish-e-Mohammed, must be addressed,” India’s Permanent Representative Syed Akbaruddin told the Security Council during its quarterly debate on Afghanistan. He warned that there would be a resurgence of terrorism if the international community did not keep its commitment to Afghanistan.

“The international community needs to continue its support by fulfilling the commitments made to the Afghan security forces in their fight against the scourge of terrorism,” he said.

India supports direct talks between the elected Afghan leadership and the Taliban to end the violence there, he said.

The US peace process cut out the Afghan government and negotiations were held between its representatives and the Taliban’s.

US President Donald Trump ended the negotiations as they were reported to be on the verge of a conclusion citing Taliban attacks that killed US military personnel. Afghanistan is scheduled to hold presidential elections soon and there has been a rise in violence threatening it.

“Peace and reconciliation cannot go forward in an atmosphere of terror. There is a surge of violence in Afghanistan in recent days, including threats to the election process. This has deepened apprehensions that acts of terror are being used to jockey for a place of advantage in the negotiating process,” Akbaruddin said.

Secretary-General Antonio Guterres’ Special Representative for Afghanistan, Tadamichi Yamamoto, said: “We still hear much anxiety expressed by Afghan citizens particularly in view of the Taliban’s stated threat to disrupt the electoral process, especially by targeting civilians participating in the elections.”

Using the metaphor of Afghanistan’s dramatic Test cricket victory this week over Bangladesh, Akbaruddin said that the social and political progress made by that country over the last 18 years must be ‘be nurtured, not nullified’.

Yamamoto said: “Many young people, especially young women, are worried about future restrictions to their participation in the socio-economic and political life of their country.”

Acting US Permanent Representative Jonathan Cohen did not address Washington’s negotiations with the Taliban, but said that his country supported Afghanistan’s political and electoral institutions.

“We continue to strongly support the role played by Afghan women in Afghanistan’s economic, political, and social advancement,” he added. (IANS)