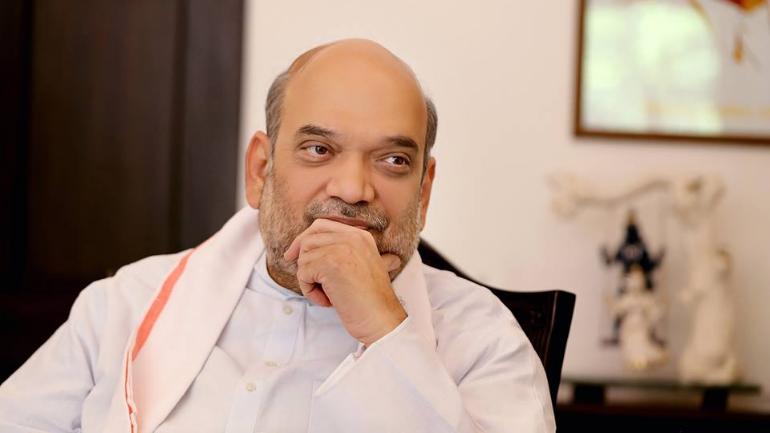 Union Home Minister Amit Shah has made a very significant remark. He was laying the foundation stone of a Dimasa Bhawan and a Karbi Bhawan in the national capital on Monday, when he said that it was because of development that militancy and terrorism have declined in the North-eastern region. Shah has also pointed out that it was the BJP-led government of Narendra Modi that had not just given top priority to development in the region, but had also taken proactive steps to complete a number of projects that were languishing for years, some even for more than two decades. It is a fact that the region had lagged behind most other regions of the country in terms of development, and it began gaining momentum only under the leadership of Narendra Modi as Prime Minister. It is also a fact that once Prime Minister Modi made it mandatory for every central minister to visit the Northeast frequently and ensured that they stayed overnight in different towns of the region, things actually began to move. Looking back one finds that the undivided province of Assam, at the time of Independence, had a very high GDP and per capita income. There are various reasons behind the gradual and rapid decline. While one most important reason was Partition, which cut off direct communication links between the region and the rest of India due to creation of East Pakistan, the second significant reason is the sudden increase in population, which was triggered off by large-scale migration from erstwhile East Bengal, East Pakistan and finally Bangladesh. The Brahmaputra Valley and Braka Valley were the worst casualties, with hordes of land-hunrgy people from East Bengal and/or East Pakistan began to occupy tribal belts and blocks, river-banks and river-paths, forests, PGRs, VGRs, and land belonging to the Xatra and other religious institutions belonging to the indigenous communities. Though great Assam leaders like Lokapriya Gopinath Bardoloi, Bishnuram Medhi and Bimala Prasad Chaliha took a strong stand against the immigrants – close to two lakh East Pakistanis were expelled when Chaliha was chief minister – then Prime Minister Nehru went out of the way to protect the interests of the illegal migrants at the expense of the indigenous communities. There are volumes written about the correspondences between Nehru and the three Assam chief ministers to prove this point. Nehru, who had almost agreed to club Assam with East Pakistan during Partition, was also primarily responsible for economic and industrial backwardness of the region. He refused to invest in Assam because he thought China would one day anyway occupy this region. He and Indira Gandhi instead pumped out crude oil from Assam to set up a refinery in Bihar, and it was only after a major agitation that the Bongaigaon Refinery was set up. The failure of successive governments both in Delhi and Dispur to emotionally and socio-economically unite the people of the region to the rest of India had in the subsequent times given rise to fissiparous and separatist tendencies with a couple of unfriendly neighbours adding fuel to fire by providing arms to the separatists. There was also a time when certain political parties and leaders also secretly backed and blessed certain armed militant groups for narrow selfish interest. Good roads, broad-gauge railway tracks, airports, industries, direct trains and flights, more institutions of higher education, better implementation of central schemes, better livelihood opportunities, settling issues with militant groups across the table, and above all, the will to protect the interests of the indigenous people – all these factors worked together to bring down curtains on terrorism and militancy in the region. What the Union Home Minister, however, must understand at this crucial juncture is that the National Register of Citizens in Assam must be prepared in a flawless manner, similar provisions be extended to the other states of the region, effective steps be taken to resolve the issue of infiltration, and more livelihood opportunities be created for the youth.