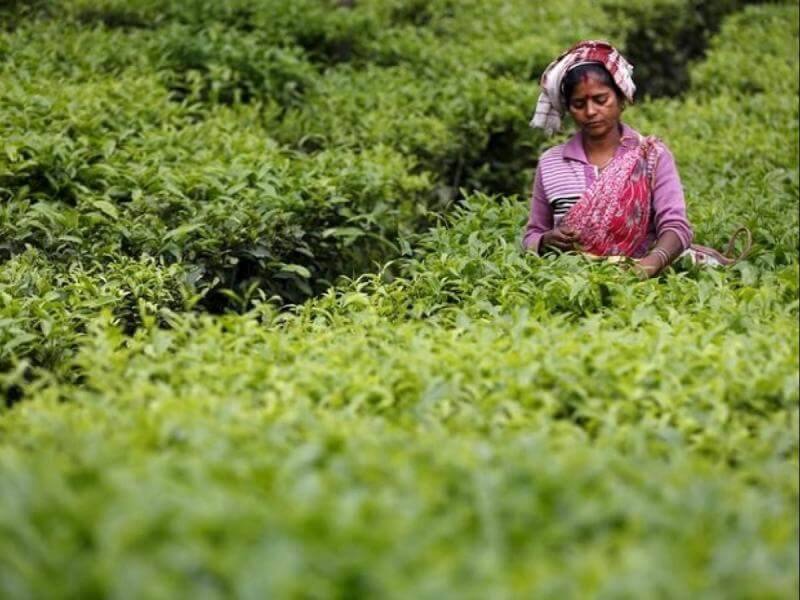 All is not well with the tea industry. Going by what officials of the Consultative Committee of Plantation Associations (CCPA) said in a press conference in Guwahati on Tuesday, the tea industry, particularly in Assam, is currently reeling under a tremendous pressure coming from burgeoning production and input costs, while the price of tea has remained by and large stagnant for the past several years. The industry captains have described the current situation as one of ‘acute distress’, which, coupled with a demand-and-supply mismatch, has led to oversupply, high transaction costs and other challenges, including at the auction market. While the CCPA has sought urgent intervention of the Union Commerce and Industry Minister, it has also prayed for a financial aid-package to salvage the industry which continues to be a major component of Assam’s socio-economic backbone. It has also asked for introduction of a Minimum Benchmark Price (MBP) so that the price of tea does not fall beyond a certain level, especially in the backdrop of certain market forces trying to create a distress situation with ulterior motives. While the industry has said that the Minimum Benchmark Price would primarily provide the much-needed succour to the small tea growers – who today has a close to 50 per cent contribution to the overall Assam production – the reality is that even the medium-level tea estates would also immensely benefit from such a measure. Another support that the tea industry on Tuesday sought from the Government was taking over the employers’ portion of contribution to the provident fund for at least the next three years. The tea industry captains also urged the Government to immediately take a decision to take over the tea estate hospitals and bear other social costs in a phased manner, so that the industry can concentrate more on quality production. Moreover, they also pleaded for financial packages to help the industry make a positive turnaround, and drew attention towards the support declared by the Union Government for the textile industry in 2016 to encourage employment and export.

Assam’s tea estates had produced 645.14 million kg of tea in 2018, which came to nearly 49 per cent of the country’s total production of 1,338.63 million kg. But then, one must also understand that the tea industry is probably asking for too many things. It was only in February this year that the Government of Assam, in its annual budget for 2019-20 had proposed to keep in abeyance the levy and payment of tax on green tea leaves under the Assam Taxation (On Specified Land) Act, 1990 for three years with effect from January 1, 2019 till December 31, 2021. State Finance Minister Himanta Biswa Sarma had also proposed a slew of schemes for the tea garden workers; these included – free rice and sugar for all the employees, uniform for school students belonging to the tea plantation labourers and other employees, a monthly stipend of Rs 10,000 for every college student from the tea tribes community, skill training for youth from the tea tribes community and a one-time grant of Rs 25,000 for these skilled youth to start their own business enterprises. Additionally, the Assam Government had, in the last budget, also announced Auxiliary Nurse Midwifery (ANM) and General Nursing and Midwifery (GNM) training programmes for 500 girls from the tea tribes community during 2019-20, providing free medicines — listed in the Essential Drugs List — to over 300 tea garden hospitals along with breakfast, cooked meal and evening tea.

The demands of the CCPA comes in the backdrop of news that some teas are fetching very high price – upto Rs 75,000 per kg – which gives an impression to the people that all is not so bad with the tea industry as has been projected. But then, it is a fact that consumption of tea has not been going up in the recent years, and that the younger generation – the social media generation – is hardly consuming tea. This is one area that needs urgent attention, and it is the responsibility of the industry captains to devise a strategy to popularise tea consumption.

Another area in which the Government of Assam can probably extend support is by making it a rule that tea – and only tea, and no other beverage – will be served in Government offices and official functions. There are reports that tea is not always served even in the Assam Chief Minister’s secretariat. If that is true, then it is definitely sending wrong signals. If the Government of Assam serves beverages other than tea in its offices and official functions, then who else will come forward to help the State’s oldest, most prestigious and most labour-intensive industry?