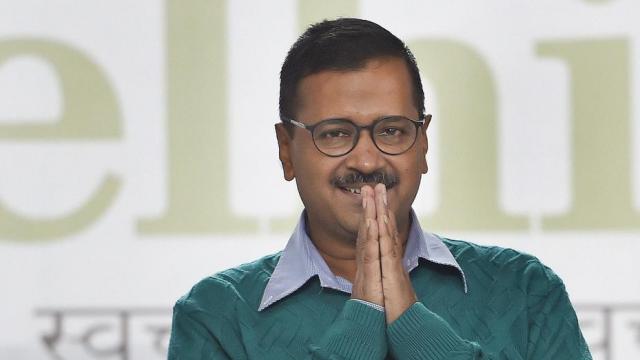 Bureaucrat-turned-politician Arvind Kejriwal must be congratulated for his hat-trick performance in the Delhi Assembly elections. Though Aam Aadmi Party’s strength (AAP) came down by five in comparison to 2015, he has definitely succeeded in yet another task – of re-defining the meaning of governance. While most other parties and leaders in India bank upon making a loud noise to attract voters, Kejriwal chose the silent path. His was solely based on standout initiatives in the health and education sectors, and providing free and subsidized electricity. The 1968-born IIT Kharagpur Mechanical Engineering graduate first joined Tata Steel, Jamshedpur, in 1989, but quit in 1992 to prepare for the Civil Service examination. During this time he also did voluntary work with Mother Teresa in Kolkata, and with RK Mission in the Northeast, apart from associating with Nehru Yuvak Kendra. Cracking the Civil Service exam in 1994 he joined the Indian Revenue Service as Assistant Commissioner of Income Tax in 1995. Having served for seven years, in November 2000 he was granted two years’ paid leave to pursue higher education on the condition that upon resuming his work he would not resign from the Service for at least three years. Failure to abide by that condition would require him to repay the salary given during the leave period. Though he rejoined service exactly two years later, Kejriwal was not given any posting for almost a year, yet kept getting salary without doing any work. After 18 months, he applied for leave without pay. For the next 18 months, he was on sanctioned unpaid leave. He, however, resigned in February 2006 as Joint Commissioner of Income Tax, but the Government claimed that Kejriwal had violated his original agreement. Kejriwal said that his 18 months of work and 18 months of unpaid absence amounted to the stipulated three-year period during which he could not resign and that this was an attempt to malign him due to his involvement with the Indian anti-corruption movement. The dispute ran for several years until, in 2011, it was resolved when he paid Rs 9,27,787 to the Government as dues by taking loans from friends. Kejriwal, however, stated that this should not be considered as an admission of fault. In December 1999, while still in service, Kejriwal, along with Manish Sisodia and a few others founded a movement named Parivartan (“Change”) in a locality in Delhi. Parivartan was not a registered NGO; they called it a ‘Jan Andolan’ or people’s movement which addressed people’s grievances related to Right to Information, Public Distribution System (PDS), public works, social welfare schemes, income tax and electricity. Parivartan in 2000 also filed a PIL demanding transparency in public dealings of the Income Tax department and began helping people get things done without paying bribes. In 2005, Kejriwal and Sisodia registered an NGO called Kabir, and like Parivartan, it also focused on RTI and participatory governance. It was following a campaign by Parivartan and other groups that the Delhi government passed the RTI Act, following which Kejriwal and his group helped people use RTI to get their work done in government departments without paying bribes. In 2002, they obtained official reports on 68 public works projects in the locality they worked and performed a community-led audit to expose misappropriations worth Rs 70 lakh in 64 of the projects. Soon Parivartan began holding ‘Jan sunwai’ (public hearing), in which citizens held public officials and leaders accountable for corruption and lack of development in their locality. He also tied up with local newspapers to cover such public hearings in detail so that the people could fight corrupt officers in various government departments. Over the next few years, Kejriwal’s team exposed several scandals. One was a PDS scam, in which a nexus of government officials and ration shop owners had siphoned off foodgrains meant for PDS, while another was about malpractices in World Bank-funded water supply scheme. Parivartan’s campaign also led to a court order that required private schools, which had received public land at discounted prices, to admit more than 700 poor children free. Kejriwal and Sisodia soon joined hands with Anna Hazare, Aruna Roy and others to compel the Union government to enact the national RTI Act in 2005. Interestingly, Kejriwal was still in the IRS till the national-level RTI Act was passed, and resigned only in February 2006, engage full-time in social work. The same year he was chosen for the Ramon Magsaysay Award for Emergent Leadership for his involvement with Parivartan. The award recognised him for activating the RTI movement at the grassroots and empowering New Delhi’s poor citizens to fight corruption. In December 2006 Kejriwal founded the Public Cause Research Foundation with the money he received as an award, and helped citizens use the RTI Act to fight corruption. In November 2012 he formed the Aam Aadmi Party, which won 28 seats in the 2013 Delhi Assembly election against 31 by the BJP and became Chief Minister of a minority government that lasted only 49 days. The rest is history.