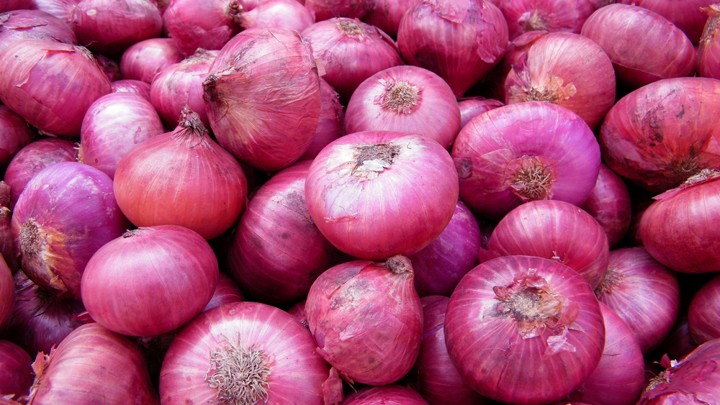 (The writer is a development economist and commentator on economic and social affairs. He can be reached at [email protected])

Onions’ price rise – a significant contributor for the current high-food inflation – appears to be abating now; but the portents of their recurrent crises are not gone, as the underlying causes are still left intact, as ever. The kneejerk reactions like onion imports and export bottlenecks are no solution to the deep-rooted problem. The high product prices do not lead to higher farm incomes. While the people at the bottom of the pyramid cannot afford to eat onions, the unscrupulous traders and hoarders make windfalls during the crisis times, too.

Finance Minister Nirmala Sitharaman comes from a family which doesn’t have much to do with onions; she recently told this in the Lok Sabha. She is not alone. There are many more in India who do not relish, rather loathe onions; now and hundreds of years back. There are still some people among Hindu upper castes who treat onion, garlic, etc. as part of ‘tamasic’ food (the food that would induce gloom and inertia) and avoid eating them. So do the Jain cuisines, too, exclude onion, garlic and other root vegetables. Going deep into history, the seventh century AD’s Chinese traveler Hsuan Tsang wrote that people in India did not eat onions and those who ate were expelled beyond the town walls.

Not that the onion-hatred was everywhere in the world. Egyptians believed onion as a symbol of eternity and objects of worship; they used to bury onions along with their Pharaohs. Similarly, onions were gifted at weddings during medieval Europe.

But the debate of onion’s profanity or sacredness is no more relevant now. The overwhelming majority of Indians not only eat onions, but they have become an indispensable part of their staple diet. There were instances of high onion prices putting the government sustenance at risk.

Onions are above the partisan politics

The Congress-I made high onion prices a poll issue 1980.  So did the 1998 onion price crisis affect the BJP Governments in Delhi and Rajasthan. The hikes in 2010 and 2013 have equally embarrassed the Congress-led UPA government, too.

So, one lesson the politicians should learn is that when people actually feel the effect of the government’s inefficiency, they do not hesitate to teach a lesson to whatever political party in power. The diversionary discourses focusing on emotive issues would be of no use in that situation. It is not the macroeconomic indicators and predictions, but their actual impact changes people’s voting behaviour.

The present onion crisis with the skyrocketing prices reaching Rs. 200 and above a kg, in some cities last month cannot be pooh-poohed as a temporary problem. More so now, when the economic growth is slowing down and the retail inflation increasing – at five years high of 7.35% in December 2019 and when the food inflation is ruling high at 14.12% (against minus 2.65% same month last year) with high onions and other vegetable prices contributing to it by 60.5%.

But why the onion prices shot up so sharp, is the onion production low in India? No, not below the ‘demand’. In simplest terms, demand is the need plus the purchasing capacity. Millions of poor in the country who cannot afford to buy enough onions cannot add to their demand. Maybe that is why in 1998, the Delhi Chief Minister Sahib Singh Verma said: “In any case, poor people do not eat onions”. It is another matter that these comments cost his job.

A three to four-week delay in sowing during 2019-20 and the decline in the sown area due to the late arrival of monsoon was responsible for the 400% steep increase in onion prices between March and December, as per the Consumer Affairs, Food and Public Distribution Minister Ram Vilas Paswan’s statement in the parliament. Untimely prolonged rains in the major growing states of Karnataka, Maharashtra and Madhya Pradesh during the harvesting period and the damage they caused to the standing crops were the other reasons for short supply as per the minister.

True, the excess or deficit rainfall are the causes on which the government has no control, and they fall in the arena of climate change. But the excuses cannot hide the government’s failure in the demand-supply management and in arranging the storage and distribution infrastructure.

But the rising prices do not at least give a commensurate income hike to the onion farmers. The traders and middlemen are making most out of it. The lower quantity of production due to bad monsoon conditions reduces the farmers’ total revenue even with some price increase. Thus, the losses to the farmers continue while consumer prices increase.

The corrective steps at least in three specific areas are urgently warranted to stall the periodic onion crises.

One, onion production is concentrated only in a few states while consumption need and demand is countrywide. Five states, Maharashtra, Karnataka, M.P, Gujrat and Bihar account for about 75% of onion production with Maharashtra alone accounting for more than 30%. So, production should be encouraged in other states wherever it is feasible.

Two, the available storage facility is too inadequate, only to the extent of some 20 % of the crop, whereby 30 to 40% of the onion produced is last in bad storage. Governments cannot continue to ignore the situation, without expanding the storage facility.

Three, the middlemen and hoarders gain most out of the profits. The government needs to checkmate this to protect the producers and the consumers’ interest.

Not only onions but the production, distribution, exports and imports of fruit and vegetables can be effectively planned and managed, learning lessons from the onion price crisis. The concern of farmers and consumers, more particularly of the poor without enough purchasing capacity, should motivate the governments to change the scenario, not the temporary measures with the fear of political fallout in the face of increasing prices. The crises continue until that vision dawns on the ruling governments.