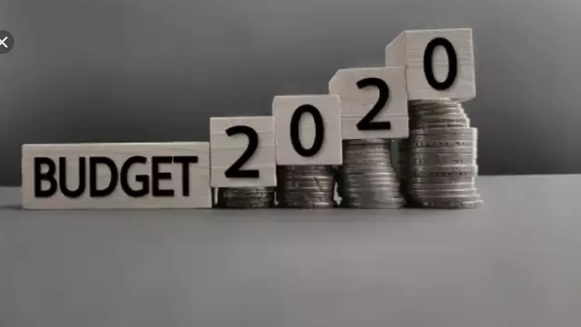 So many different explanations are being offered for the current slowdown in the economy that budget 2020 needs to provide a level of explanation far greater than what has been done by any previous budget document. The philosophy of the government needs to be given as much space as the actual plan itself.

For a start, the budget needs to explain how the government has fared on the non-economic goals it set for itself last year. A first message that would build credibility is to clearly indicate what was achieved in some of the areas.

There has been a view that the appetite for investment has tapered off. At a philosophical level, animal spirits are required to drive investment. These abound only when there are meaningful opportunities for profit. The dramatic take-off in growth in the mid-90s was because opportunities for super-profits existed. Inevitably, these opportunities also created oligopolies amid accusations of the disproportionate accumulation of wealth (for example Harshad Mehta/Sukh Ram and other worthies from the past). A series of actions, starting from the overreach during the 2G scam, through to the highly-priced auctions for resources, have tightened the tap on some of the routes to high profit. This has particular resonance when one expects private parties to actively participate in divestments or the sale of natural resources like coal. It would be worthwhile to indicate that the government is prepared to leave some money on the table, as that is the incentive for people to invest behind in what is an uncertain risk environment. The government needs to communicate that investment and job growth may take precedence over revenue maximization. There is nothing wrong or unethical in making such a choice.

This period of slow growth has placed a burden on State revenues, imposing fiscal pressures. Governments have traditionally sought to understate fiscal deficits, through their cash accounting mechanism — by simply not making payments. In particular, in situations where the last-mile closures of projects have not happened (in the case of highways, for example), for reasons outside the control of private parties, there needs to be an approach which ensures at least some liquidity to the bidding company. It is better to acknowledge the existence of a higher fiscal deficit, explain its causes and increase the flow of payments through the system. Credit rating agencies, which are often sensitive to fiscal shortfalls, are likely to be far more accommodating of fiscal expansions if the budget indicates why the actions taken will be useful, especially in creating jobs and stimulating demand.

One response to anticipated fiscal constraints seems to have been a tightening of tax collection, resulting in anecdotal instances of the creation of fear psychosis. The Finance Minister and others have correctly sent across the message that the tax department needs to be more transparent in its positions and be seen to be fair towards the assessee. Greater collections and a lower potential for harassment will come only with a simple tax code. It will be worth stating how the government wants to simplify the tax process, and what its expectations would be by way of higher revenues but greater ease of tax management, so that assessors and assesses know the behaviour expected of them.

The strong mandate received by the ruling party would indicate that the efforts made towards the provision of toilets, gas connections, insurance and financial inclusion were, in some measure, successful. This constitutes an extraordinary achievement in a country of our complexity. If the government can provide third party evidence of improved outcomes, this would demonstrate that its welfare State activities have actually paid off. It is also worth explaining why these actions, if successful, have not boosted growth. This might indeed be because many of the products that were delivered to the public provide great convenience (such as the Ujala scheme), but do not necessarily induce extra consumption. But, we need to hear this from the Finance Minister and the chief economist.

A defining feature of the past few years has been the pursuit of investigations into irregularities of various kinds. These investigations are desirable to reinforce a compliance culture, which was often largely absent. The budget must indicate a timeframe to arrive at some settlement of most of these investigations. While the government cannot control the judicial processes that defendants might use, they can make clear the behaviours, in their view, violate the spirit of the law and that such violators would, in future, not meet “fit and proper“ requirements for, say, government contracts. In a market economy, that alone would normally suffice as punishment. There is more than enough discretion in government to bring errant companies to heel by using the “spirit of the law doctrine”.

In specific situations such as the sale of stressed assets through the National Company Law Appellate Tribunal, the government could reiterate that those who take on stressed assets will not be held accountable for the misdemeanours of past owners. This is not being said often enough.

Considerable debate has ensued about the quality of economic data, without which one cannot objectively assess the performance of government. Changes in statistical bases, though very well-intentioned, have allowed opponents of government action the room to make the criticism that is then difficult to disprove. The greater effort could be made to explain exactly why these changes in data were made and for the government to help interpret these in a credible manner.

Budgets are about choices, and by explaining the rationale underpinning these, the government will increase the conviction in the plans for the $ 5-trillion dollar economy.

The forthcoming budget may make special efforts to boost the rural economy. This is a step in the right direction. Unless the rural economy is rejuvenated, any sustained revival in mass incomes, and, therefore, demand, will continue to elude the Indian economy. Here are four things which the budget could consider.

One, the Mahatma Gandhi National Rural Employment Guarantee Scheme (MNREGS) is among the most crucial policy instruments of mass income generation. Anecdotal accounts and reports by social activists have repeatedly pointed out that payments under the scheme are often delayed by long periods. This defeats the purpose of the scheme, as those seeking work are mostly looking to buy their next meal. The budget should make sure that such delays do not occur. Two, the government has spent a lot of money on providing private infrastructure such as houses and toilets in villages to improve standards of living. It should now focus on public infrastructure to augment incomes. Livestock is a key area here. A focus on reviving common pastures will help both farm incomes as well as environmental concerns. Three, the last budget announced its intent to make India self-reliant in edible oils. It should build on that commitment with a clear policy to incentivize farmers to achieve this goal. Four, with rising freak weather events, crop losses will mount in the future. This hurts both consumers as well as farmers. The budget should lay down a policy to deal with such exigencies in addition to the existing public distribution system. Finally, if revenue shortfalls and fiscal considerations lead to a cutback in rural spending, then it will reinforce the idea that the rural economy is only the residual element in this government’s scheme of things. Any tall promises in the forthcoming budget will have to be taken with a pinch of salt in that case.