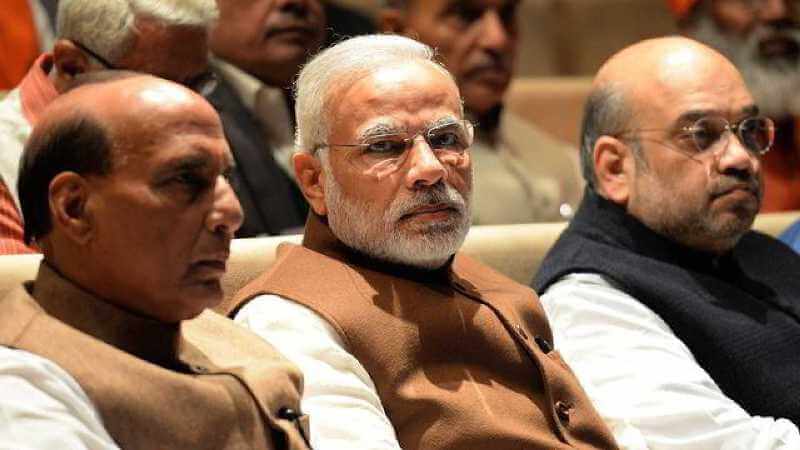 (The writer is a former Director Intelligence Bureau. The views expressed are personal)

Prime Minister Narendra Modi rightly began his Independence Day address by declaring that the abrogation of Articles 370 and 35A, approved by the two Houses of Parliament with a two-third majority, had restored ‘One Nation, One Constitution’ for India. In a play of domestic politics, however, the developments relating to Kashmir are producing a political fallout at home in which the principal opposition strangely is showing up as the chief apologist for Pakistan.

All through these years since the Nineties, when the Pakistan army-ISI combine embarked on a planned attempt to replicate the success of Afghan Jehad in Kashmir by infiltrating battle-hardened Mujahideen into the Valley, those presently opposed to the Centre in tune with the Kashmir-centric political parties had just refused to name Pakistan for this new cross-border offensive. The call for Jehad had made the separatist slogans of plebiscite or Azadi pale into insignificance, begun the process by which Kashmiriyat would be supplanted by Salafism that was brought in by the terrorists of Lashkar-e-Toiba belonging to the Ahle Hadis stock and brazenly converted what was at best a territorial matter regarding the integral state of Jammu & Kashmir – as symbolised by LOC – into a ‘Muslim issue’.

There has to be some deep-rooted reason why the earlier governments at the Centre as well as the Valley based political parties ruling the state of J& K, remained a mute spectator of the violent ouster of Kashmiri Pandits from their homes planned by the ISI in pursuit of the Pakistan agenda in Kashmir. When Pakistan extended its proxy war — with cross-border terrorism as its instrument — from Kashmir to the rest of the country and carried out 26/11, rightly described as India’s 9/11, the then government attempted to bail out Pakistan from the charge of having a hand in it, rebuffing any suggestion that talks with Pakistan should at least be put on the back burner.

The keenness to align with the American view voiced by John Kerry on a visit to Mumbai — that the attack was solely the doing of non-State actors — was much too obvious. The fact that India had granted shared victimhood in regard to terror to Pakistan at the Havana summit earlier — again for the same reason — only emboldened Pakistan to use the deniability card on the Mumbai attack. The discerning public in India was never able to understand what kind of Pakistan policy the government of that time was being advised to follow. The impression that our policy makers then were being spineless did override any other interpretation.

While the Pakistan mischief from across LOC continued in Kashmir on an upward graph it was left to the Modi government coming into power in 2014 to tell the world community that Pakistan had become a haven for Islamic extremists and advocates of Jehad and impress upon the US in particular that it would not do to make a distinction between the Islamic radicals of Al Qaeda-Taliban combine who attacked the West and the extremists of outfits like LeT, Jaish-e-Mohammad and Hizbul Mujahideen who specifically targeted only India under ISI’s mentoring. Prime Minister Modi, showing the required boldness in handling the threat of terrorism to India, called off talks with Pakistan on the ground that ‘talks and terror could not go together’ and succeeded in getting President Donald Trump to abandon the earlier American policy of drawing a line between ‘good terrorists’ and ‘bad terrorists’.

While the Pakistan army was smarting under the new response of the Modi regime on the issue of talks, the opposition at the Centre, in league with the political parties of the Valley, immediately took to pressing for resumption of dialogue with Pakistan. It still did not say a word against the stepped-up infiltration of terrorists into Kashmir from across the LoC by this hostile neighbour. What is worse, the Valley parties remained deaf to the Intelligence about separatists and Pakistan agents in Kashmir being the masterminds behind stone pelting on security forces. Totally abdicating their responsibility for controlling civil disturbances, they took an absurd stand that India should talk to Pakistan to check stone pelters. Those opposed to Modi appeared to go along with this line of extreme submission to Pakistan.

It seems that many in the opposition at the Centre have been ambivalent about naming Pakistan for the cross border terror threat basically because it has gone into their political psyche that criticism of Pakistan would not sit well with the Muslim minority of India. The people at large interpreted this as a part of ‘Vote bank politics’ – which even produced a significant backlash adding to the victory margins of BJP in 2019 general election. And yet in the context of the current developments in Kashmir related to the abolition of Articles 370 and 35A the principal opposition is projecting the move of the Centre as an attack on the Muslim majority of that state. It needs to be noted that the Centre has — through the mechanism of creating the identity of a Union Territory for J&K — assumed a direct accountability for developing Kashmir and opening up new opportunities for Kashmiris in the face of misgovernance of the state by a corrupt set of earlier rulers who had clearly colluded with separatists for their vested interests. It is Pakistan that had — as already mentioned — projected Kashmir as a Muslim issue and by implicitly voicing the same logic those in the opposition doing it are once again being on the side of Pakistan on a matter of prime importance for India’s national security. If there is no threat of Kashmir being overrun by outsiders, Kashmiris are only in for faster development and greater protection against terrorists and Pakistan agents hibernating in the state.

It is important that while giving a better deal to J&K, of which reestablishing the value system of Kashmiriyat and pushing away Islamic extremism that legitimised violence in the name of faith would be a major component, the Centre maintains a close vigil in the rest of the country against any devious attempts made to create communal antagonism in the name of Kashmir. It is not correct to put the minority community at the mass level on the same footing as the Ulema and the elite trying to control it for their political purposes. Also, any efforts to mitigate the impact of ‘radicalization’ on the young minds with an outreach to the families concerned, would help. The terrorists in Kashmir and elsewhere have to be put down with all the might of the State, the Pakistan agents have to be shown their place and the political propaganda of the opposition effectively countered.

The clamp down in Kashmir is meant to thwart the designs of the Pakistan agents — not to curb the law abiding common people. Reasonable time is to be allowed to the administration to establish its grip on the situation that had been allowed to deteriorate all these years. The Supreme Court has taken this view too. If the Centre has reached a considered decision to not permit public assembly in Kashmir for the time being, how is it logical for any opposition leader to demand that the J&K administration should allow him or her to address gathering of people on a visit? The Governor need not have felt provoked by the propagandist line of the opposition and could have at best suggested that the opposition leaders making it to Srinagar could have the benefit of receiving a briefing from him. Meanwhile, the successful hoisting of national flag in Kashmir on August 15 at Srinagar and other places presages a rapid return to normalcy considering how a pall of fear of separatists and Pak agents hung in the Valley in the past on such national occasions.

The decision of the Centre on Kashmir is holding out internationally and the US has also clarified that there was no case for a third party mediation between India and Pakistan on Kashmir. It is ironic — but not surprising — that the opponents of Modi regime continue to have Pakistan as their blind spot which can only be a reflection of their desperate bid to build a vote bank around India’s minority. So long as the Modi government promises development and equal protection of law to all, people of India regardless of caste and creed might be willing to give it their due support. (IANS)

Salary burden and wasteful expenditure
Will BBC Once again Lift Veil of Secrecy?