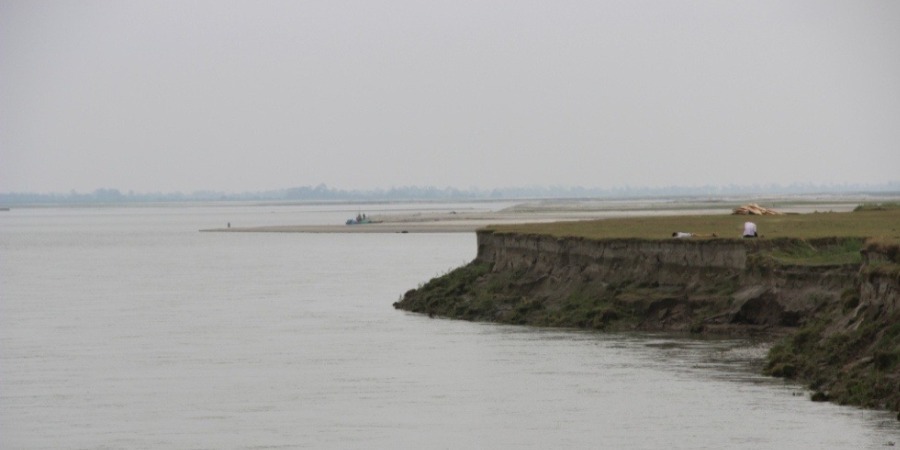 If China can turn the Hwang Ho, once known as the sorrow of China, to joy why cannot Assam script the same success story with the Brahmaputra and the Barak river systems? The successive governments and planners in the neighbouring country have successfully tamed the Hwang Ho.  On the contrary, the picture is quite different in Assam. The state is ridden with successive waves of devastating floods every year. The situation makes one take the Brahmaputra, the Barak and their tributaries as the sorrow of the State. And this is a reality in the 21st century when science and technology have scaled the heights. Doesn’t a genuine question hang in the air on the ability of the successive governments in the State on this particular front? Huge property in the forms of standing crops and livestock, besides human lives, is lost in the state in every wave of flood in the State every year. Breaches of embankments, roads and bridges also continue to cost big amounts from the State exchequer. Thus the two river systems continue to cloud over the fate of the state’s people who have to incur huge loses every year. And this happens as the powers that be in the state have not been able to tame the rivers that flow through it. On its February 11, 2020, issue The Sentinel published a front-page report headlined ‘Something fishy happening in Fishery Department’. Being a flood-prone state the soil in Assam is ideal for rearing varieties of fish species which serve as major sources of protein. With such a bountiful gift the state should have been able to export fish to the rest of India after meeting its domestic demand. The ground reality, however, remains that Assam has to import on an average 12,000 million tonnes of fish annually from states like Andhra Pradesh, Uttar Pradesh, West Bengal etc, let alone exporting fish. What has gone seriously awry in this resourceful sector in the State? The Sentinel report throws enough light on reasons behind such a pathetic plight of this sector in the state. The report says that the state has many fish-rearing ponds only in office files, but not on the ground. The otherwise pragmatic ‘Ghore Ghore Pukhuri, Ghore Ghore Maas’ scheme announced by Chief Minister Sarbananda Sonowal two years back has come a cropper in Morigaon district. The status of the scheme in rest of the districts in the State is now under the scanner. Why won’t those at the helm of affairs in the State Fishery department be made accountable for showing fish-rearing ponds in office files even as they don’t really exist on the ground? How can the department look the other way when a section of unscrupulous beneficiaries of the scheme showed old ponds as new ones just to get benefits under the scheme? If such corruption and inefficient officials aren’t dealt with an iron fist the power that be at Dispur can never iron out the problems afflicting the state.

The fertile ground for the rearing of fish is not the only gift from the two river systems to the people of the state. The two river systems that have been turned into sorrows of Assam were highly used as effective water highways by the British Colonialists. The industrious Colonial rulers successfully cut the cost of transportation of goods to and from landlocked Northeast India through the effective use of these water highways. However, now transportation bottlenecks are considered as one of the major problems hindering industrial development in Assam and other states in the Northeast. Couldn’t the transportation cost be brought down to bare minimum through effective use of the existing waterways in the State? If the Ganga and other major rivers in the country can be used as effective waterways for transportation of goods, why can’t be the rivers of Assam used to get the same purpose served, if not anything newer? The failure on the irrigation front even as the two river systems making water available has undoubtedly scripted a record of sorts. This is despite the irrigation sector getting separated itself as an independent department from its parental Agriculture department. Even after bifurcation, neither the Agriculture department nor its offshoot Irrigation department can do justice to the farmers of the state. The Irrigation department’s failure to run irrigation projects in the State and the Agriculture department’s failure to ensure remunerative prices to vegetable growers of the State are something for which those at the helm of affairs should never be spared.