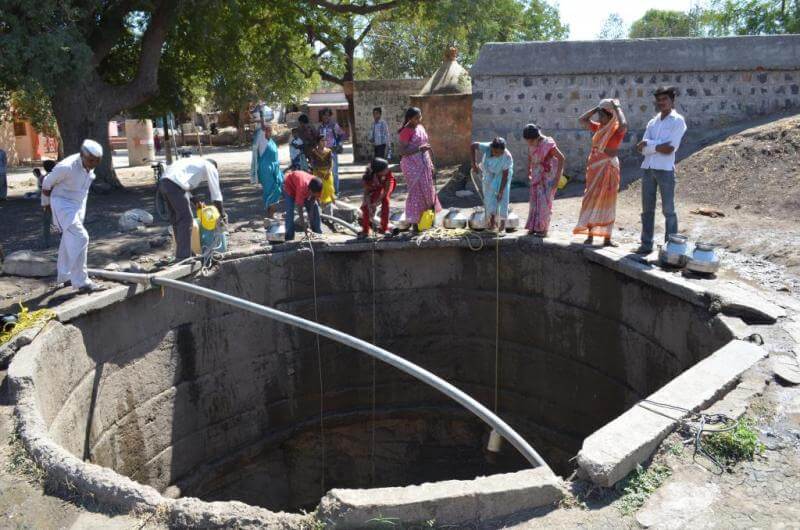 India, known for its rich diversity and resourceful strength with respect to the watershed, numerous river basins and tributaries, wetlands etc always made its profound appearance in the world. With due course of time, the depletion of water resources and eventually facing the droughts and depletion of groundwater level, the country can no longer march with its head high in this journey. With 17% percent of the global population, India receives only 4% of the water resources of the world. According to Government think tank NITI Aayog, by 2021, some important cities will be in scarce of water. According to World Bank, by 2050, India will lose 6% of its Gross Domestic Product due to water scarcity. Not only that, the lifeline of India’s growth- Ganga basin cities as well as the south Indian cities will run out of groundwater by the end of this very next decade. The problem is running to result in a catastrophic shaking. It is our time to understand the nation’s water framework and to adapt certain policies so as to drag India up to a water strength nation from the present status of water stressed nation.

In his recent Independence Day speech, prime minister of India reiterated the concept of Jal Shakti Mission, which was announced in the Union Budget in July 2019, last. In various publications and government forums, this is regarded as the reincarnation of the Jan Andolan which was embraced by the people of India in the Swachh Bharat Mission. Moreover, this has been regarded as a very strategic plan by many researchers as the problem is really catastrophic and if adequate action is not taken into consideration, a vast population of India will face disaster in the form of – death, poor economy, agricultural impact and other water related concerns.

Let us understand the geographical perspective of the foresaid problem of India’s water scarcity. India, being located in the favourable position for getting the perfect hit of monsoon and other rain-inducing geo-meteorological phenomena; has received plentiful water in almost every region except from some particular south Indian lands, northwestern deserts and the frozen locations of Himalayas like Ladakh, Leh, J&K, Himalayan highlands etc. Moreover, the retreat of the northeast moonsoon has a commendable impact in the Tamil Nadu region and eastern peripheries of Indian mainland. Thus, from the beginning of April to November, the Indian terrain is somewhat said to be rain fed in a quite uneven manner. The precipitation is greater than the global average. Thus, we can say that, for both Ravi and Kharif seasons, precipitation in Indian mainland has been quite eventful, despite acknowledging of the fact that the adequate drainage of the precipitation to the crop fields is unseen.  An understanding can be drawn that India’s water scarcity is not due to its natural unavailability of water, but due to insufficient infrastructure and inadequate understanding of the humans regarding the utilization. Had this not been the scenario, we would not have seen the ‘Chennai water scarcity’ and the ‘recent flood in the Krishna basin’ occurring within an interval of hardly one to two months.

In the ambitious Nal Se Jal initiative, the government is quite hopeful in its determination of providing piped drinking water to every Indian household by 2024. With this the government will not be able to save quite a good amount of water, but also will be able to start a conservative approach of water be it through metering or incentivizing the mass involved. On the other hand, the piped water will be free from toxic agents that contribute to human disease and unhygienic conditions. Whereas, with the Jal Shakti Mission, the government is planning to have some water conservation, rainwater harvesting, pond conservation, boosting up of the traditional way of conservation of water in around 1592 water-stressed blocks of 256 districts of India.

Let’s understand the challenges while dealing with the water governance moves of India. Although there were a good number of initiatives taken by different state governments and the centre, the lack of a strong and integrated approach had made India suffer with respect to water-related problems. The problems have been very fast and if multidimensional approach is not taken, the sustainability of the projects are hardly going to succeed. First of all, the approach should be community driven, where the government should have a great role in incentivizing the efforts. Secondly, the leadership role has a remarkable influence in the initiative. Thirdly, timely survey of the foresaid initiative has a great role in scaling up the progress and influential outcomes. Most importantly, one of the biggest challenges the mission is going to face in the behavioral transition of the people. Hence, it is time for the government to take the help of mass media so as to enlighten the citizens about the hazards of poor water consumption, effects wastage of water, importance of reuse of water etc.

On the other hand, if due care is not taken, the ambitious river linking project may severely impact the livelihood, ecology and natural balance of the country.

India has taken major steps to tackle the climate change, agrarian distress and making economy reforms. Doubling farmers’income by 2022 and making the country a $5 trillion economy has been stressed quite recently.

When the country gained Independence, the contribution of agriculture towards its GDP was around 50-52%. But, the same contribution got drastically reduced to around 14% in recent times. This is depite the fact that Agriculture is the predominant sector in engaging people for their livelihood, with around 50% Indians depending on this. Thus, water has an influential impact in this.

India is a vast country. Every year, hundreds of people die from every corner of the country due to water-related issues, say for example, flood in Assam and Bihar; drought in Maharashtra and Tamil Nadu; Cloud burst in Himalayan highlands and toxic minerals in Ganga basin.

The problem in itself is so vast that a generalized idea can’t be drawn as a solution. There comes the role of industry-academia, policy makers to integrate in the water governance of India to tackle these problems. Hope every Indian gives nod to this bright opportunity for the country’s progress.