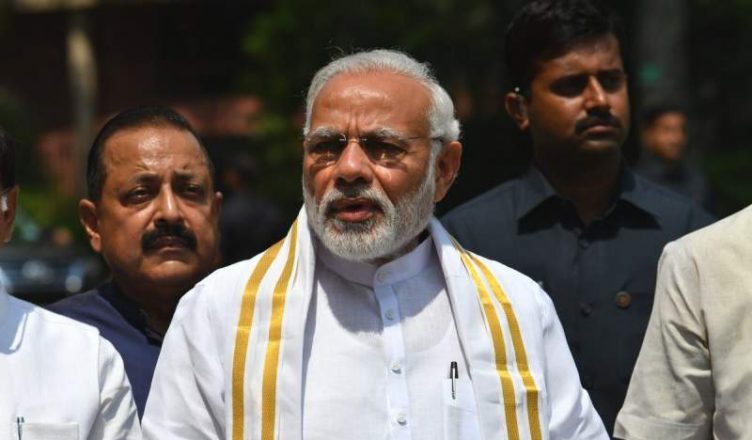 The question is: why did Modi chose ‘now to do what he has done with Article370? There was no big election in sight so as to create a build-up for electoral gain. Neither was there any major crisis or any embarrassing situation for the government to find a succour in Kashmir. Perhaps, this was the best time to enact the best of action story for the Modi-Shah Combine.

The ‘now’ time had several elements going in the favour of the Combine – a stable domestic political situation, weak Pakistan, a hungry desperate Trump and pre-occupied power blocs. It is said that things happen when the right time comes. History will judge whether the ‘masterstroke’ is right or wrong.

On the domestic front Prime Minister Narendra Modi and Home Minister Amit Shah are, for the time being, very comfortably placed as the Opposition seems to have simply gone into oblivion. With Rahul Gandhi deciding to lie low, the Congress party is in its most unconfident state. The rest of the Opposition too seems to have fallen flat. With no big contender in front, the government is comfortably galloping ahead. In the NDA, all the allies put together appear minuscule before the Bharatiya Janata Party (BJP), and within the party, the hold of the combine is absolute. No one dare go against any decision taken by the big bosses.

In Kashmir, the situation has been far better than what it was in previous years. ‘Operation All Out’ ensured that top rung terror heads were eliminated. Strong vigil on the LoC and the International Border ensured that infiltration was getting checked. In the first five months of this year, 101 terrorists were killed including 23 foreigners. After the Pulwama suicide bombing attack, the crackdown on the terror network has been effective.

The NIA action against the separatist leaders has exposed their real faces before the Kashmiris. The incarceration of hardcore separatist leaders like Asiya Andrabi, Shabbir Shah, Masrat Alam and a few others have reaffirmed the might of the investigating agencies. The Kashmiri understands that most of the separatist leaders have been using the so-called ‘azadi movement’ for filling their coffers and settling their sons, daughters and relatives out of the state and the country. After demonetization and the crackdown on hawala operations, the Valley witnessed a drastic reduction in stone pelting incidents.

In fact, Hurriyat leader Maulvi Omar Farooq, who is the top religious head of Muslims in Kashmir, had started talking about other subjects like drug addiction, and was also openly advocating for the return of the exiled Kashmiri Pandit community. He even got the Hurriyat to form a coordination committee to work for the return of the Pandit community. For the first time in 30 years, the Valley did not observe a shutdown or protests when Amit Shah reached the state after becoming the Home Minister. The Central Government’s ‘back to village’ programme, which saw government officials reach villages and far-flung areas, was well received by the locals.

At present, Pakistan’s economy is in poor shape. Inflation is around 11 per cent, the Pakistani Rupee has dropped to 160 against the dollar, forex reserves are sufficient to only service one and half months of imports and it is in the midst of a serious twin-deficit problem. Pakistan continues to be in the FATF grey list because its domestic laws are weak to tackle money laundering and terror financing issues. FATF has categorically told Pakistan to act against terror by October or face blacklisting. It was because of the FATF hard talk that terror masterminds like Hafiz Saeed and Masood Azhar have been put in jail and restrictions placed on their organizations. The Pakistan establishment is forced to keep its terror network under wraps, at least for the time being. This situation suits India perfectly.

It does not matter to US President Donald Trump that Pakistan is at the root of the problems in Afghanistan. For Trump, all he wants is to get his forces out of Afghanistan and meet his electoral commitment of getting them back before the US presidential polls in November 2020. It is obvious that Trump wants a deal with Taliban anyhow. So he met Imran Khan in Washington DC, approved a $125-million support programme for the upkeep of F16 fighter jets and, much to Pakistan’s glee, offered to mediate with India on Kashmir.

No one can guarantee a deal with the Taliban but Trump’s near desperation for such a deal has seen Pakistan trying to put Kashmir on the discussion table. India has been kept out of the Afghan peace process even though India has a stake in that country. But Pakistan’s bid to link Kashmir with Afghanistan and Trump’s eagerness for it perhaps struck alarm bells in Delhi.

Trump wants the deal with the Taliban finalized before September-end and his troops back home by the year-end. No one can trust the Taliban and Pakistan to keep their word. In case they do not, then the terror violence in Kashmir is likely to see a rise and separatist feelings fueled on radicalization can lead to a very difficult situation for Delhi. To avoid this, one of the best solutions was to fully integrate Jammu and Kashmir to enable free movement of people into the Valley from elsewhere in India.

Even though China’s support to Pakistan is total, yet it has always considered Kashmir as a bilateral issue between the two. In 1963, Pakistan ceded around 6,000 sq km of Aksai Chin from Pakistan-occupied Kashmir to China. China also claims large parts of Ladakh. India and China have been negotiating over the Line of Actual Control in Ladakh. Both countries have stressed the need to talk. China claims that Tawang in Arunachal is an inalienable part of Tibet and for India Aksai Chin is an essential part of Ladakh. The negotiations between the two countries could help find a way out on this.

All the above factors and many more were taken into consideration by Modi-led government and the surprise package was thus worked out. The perfect time of internal as well as the external considerations jelled well. The road ahead, however, is not all that easy. And it will take a long time for the situation to stabilize in the valley. (IANS)

Nok Air to launch its much-awaited Guwahati to Bangkok flight at a low fare of Rs 6,999
Saving indigenous peoples 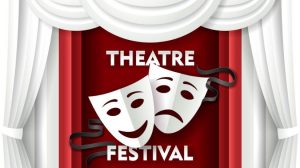 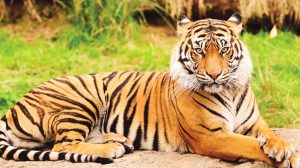 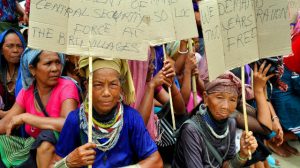