Bigg Boss 12 simply got all a lot of fascinating with Salman Khan being joined by good friend Preity Zinta for the Weekend Ka Vaar in the week. Donning a reasonably jeweled maroon Indian wear, Preity looked pretty as ever flaunting her dimples. On the other hand, Salman looked handsome in a grey t-shirt with a multi-colored jacket and denim. The Two seemed as if it would have invigorated our reminiscences of the 90s and their comradeship is sure to warm the cockles of your hearts.

Preity was on the show to promote her movie, Bhaiyaji Superhit. Preity Zinta and Salman Khan conjointly played dumb charades where they had to guess every other's common songs and then dance to it. Preity also entered the Bigg Boss 12 house to meet the contestants and decide a special task that was given to them. Well, well, look Salman and Preity along onscreen, we have a tendency to were reminded of the iconic dialogue Pyar Dosti Hai. 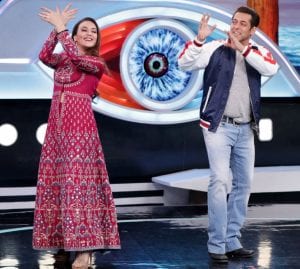 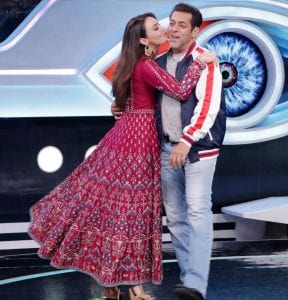 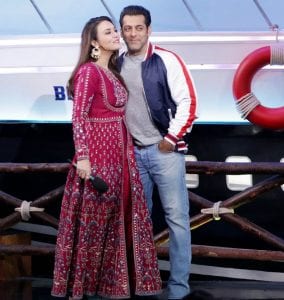 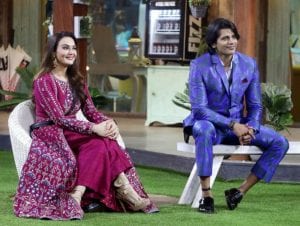 Meanwhile, Preity is returning to the screens opposite Sunny Deol. On the other hand, Salman is busy with Bharat, whereby the celebs alongside Katrina Kaif and Disha Patani. The Movie is being directed by Ali Abbas Zafar of Tiger Zinda Hai fame. The movie has been made on a large scale with Salman donning as several as five looks. Bharat conjointly stars comedian Sunil Grover in the important role... Bharat will release next year during Eid. Later, Salman will begin shooting for Dabangg 3.

Meanwhile, After many controversies, Sreesanth has finally emerged because of the strongest competitor in the Bigg Boss 12 house. The former cricketer is the new captain of the house and was granted the only authority to nominate contestants for succeeding eviction. However, Shivashish Mishra seems to be following in his footsteps by trying to escape from the house out of frustration.

Recently, in the Bigg Boss 12 house as numerologist Sanjay gave his Advice to the contestants on the basis of numerology. While he predicted Romil to be in the top 5 contestants on the show, Megha was told to wait until the age of 37 to enter Hindi cinema. The numerologist also advised Sreesanth to think practically and focus on the creative industry instead of cricket. Srishty was told to be careful as friends are prone to take benefit of her whereas leadership qualities were predicted for Karanvir in the house.