What ties Kareena Kapoor Khan, Deepika Padukone, Shilpa Shetty Kundra, Jacqueline Fernandez and Alia Bhatt together? Their love for yoga. The Bollywood divas credit their fitness level to their yoga routine. Take a look at the stars who took to yoga and inspired many others to follow suit. 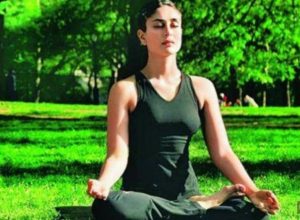 * Kareena Kapoor Khan: It is known that Kareena’s fitness journey is a result of yoga, exercise and a strict meal plan. She first stunned one and all with her ‘size-zero’ look in “Tashan”, and continues to set fitness goals with her workout regime. The actress might not be on social media, but images and videos giving a glimpse into how she adds yoga to her regime have surfaced on the social media making one thing clear — she is super-focused on getting fitter each day. 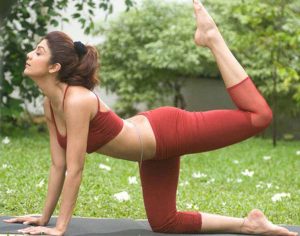 * Shilpa Shetty Kundra: For many, she is the poster girl for yoga. She has yoga DVDs, a YouTube channel of her yoga clips, and a fitness app, where she has a #MindItYogaProgram.

On her love for yoga, Shilpa had told: “One of the very important things that yoga has taught me is to be emotionally secure and stay centered and connected to myself... Yoga helps to align our body’s chakras and strengthen our inner confidence. Once you are emotionally strong, how people perceive you, does not affect your personality. Yoga is the need of the hour.” 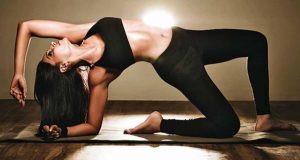 * Bipasha Basu: She is a yoga freak, and has several yoga DVDs and videos to prove it. In fact, Bipasha along with husband and actor Karan Singh Grover, gives couple goals by doing couple yoga. She says “he is a true Yogi. My inspiration everyday”. 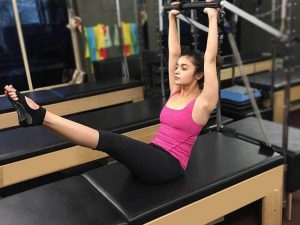 * Alia Bhatt: She is another celebrity who practices yoga regularly. It is believed that she practices ‘Ashtanga yoga’ at least two times in a week, and also credits yoga for her glowing skin and toned physique. 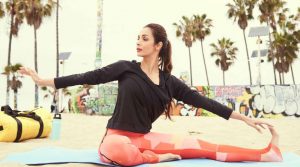 * Malaika Arora: She has been inspiring everyone for long to add yoga into their lifestyle — and her social media is a testimony to it. “Yoga is a way of life that motivates you, grounds you, tones you mentally and physically, makes you mindful and invokes a feeling of happiness in you,” said Malaika, who co-founded Diva Yoga, and has invested in yoga and wellness startup SARVA. 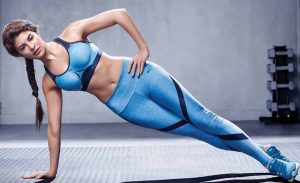 * Jacqueline Fernandez: She likes to call herself ‘Yogini’, and says yoga is an integral part of her life. The actress holds yoga sessions and uses her social media to share images doing yoga, especially pole yoga. “In the past couple of years, yoga has slowly become an integral part of me, and I am so proud of how far I have come... It has been 10 years in Bollywood and million points to yoga, for being my ultimate stress-buster,” Jacqueline said. 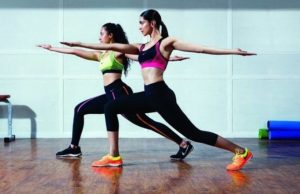 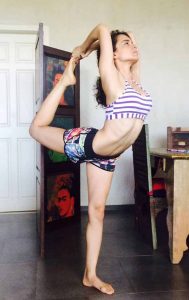 * Kangana Ranaut: Yoga is the secret behind Kangana’s toned figure. The “Queen” star has been practicing yoga for a while now and expressed her love for the ancient Indian art in an interview to a magazine. She said: “Yoga is a gift and I actually think that I have survived due to it. Through meditation, pranayam and yoga postures, I could vent out a lot of restless energy.” 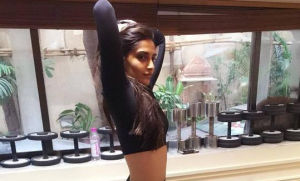 * Sonam Kapoor: Her fitness mantras include yoga, work out and pilate. Opening up about her struggle to lose weight, Sonam had shared that yoga helped her achieve the goal. “I pushed myself too hard at spin classes, did power yoga for hours at a stretch, and developed an unhealthy relationship with food. Some weeks, desperate to drop a couple of kilos, I would simply not eat,” she said. (IANS)