Here's The List of Bollywood's 5 Most Popular Couples of 2018

The year 2018 has been a year of love and new beginnings for the loved one. While Alia Kapoor, Ranbir Kapoor and Ali Fazal, Richa Chadha paint the town red with their love, the world is still waiting for rumoured lovebirds Arjun Kapoor – Malaika Arora to come out in the open about their link-up. On the other hand, Arjun Rampal also seems to have found love again as he is rumoured to be dating international model Gabriella Demetriades. And so is Arbaaz Khan who has already confessed his relationship with model Giorgia Andriani. Here are the couples who made headlines this year… 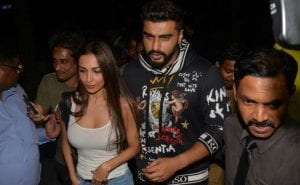 A lot continues to be written about Malaika Arora and Arjun Kapoor’s alleged relationship while the two refrain from clearing the air. On being asked about it by host Karan Johar, Arjun confessed on chat show Koffee with Karan that he is not single. Rumoured ladylove Malaika said about the episode, “It was hot, honest and I loved every bit of it.” According to the report, the two have also taken a joint property in a posh locality in Lokhandwala, Mumbai. Apart from being spotted together on frequent lunch and dinner dates, the two were seen hanging out at Amrita Arora’s house and partying at Karan Johar’s residence. 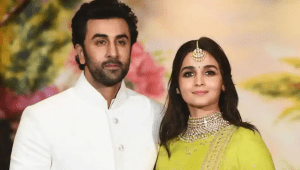 Alia Bhatt and Ranbir Kapoor have been the most talked Bollywood couple this year. After dropping hints of a brewing relationship, Ranbir had confirmed in a GQ interview, “It’s really new right now, and I don’t want to overspeak. It needs time to breathe and it needs space. As an actor, as a person, Alia is – what’s the right word? – flowing right now. When I see her work, when I see her act, even in life, what she gives is something that I’m aspiring to for myself. It’s new for us, so let it cook a bit.” Not only this, but the two also have the approval of their respective parents. On being asked about the same, Rishi Kapoor had said, “Neetu likes her, I like her, Ranbir likes her. Get it?” while Mahesh Bhatt also stood in unison and told the media “of course they’re in love. You don’t need to be a genius to get that!” Alia had attended Ranbir’s grandmother Krishna Raj’s funeral in Mumbai, and FaceTimed with Ranbir as he had left for his father Rishi Kapoor’s treatment a day before. Alia even visited the family in New York.

Farhan Akhtar and Shibani Dandekar seem to be the latest couple to have indirectly confirmed their relationship. Farhan had shocked his fans by announcing his separation from wife Adhuna Bhabani in January 2016. While he was linked up with his earlier co-stars Shraddha Kapoor and Aditi Rao Hydari, Shibani and Farhan seemed to have confirmed their relationship with a picture on Instagram. After Shibani shared a picture from one of their vacations, she left many wondering about the mystery man in the picture. Farhan later shared the same picture a month later, confirming his identity with only a love emoji as the caption.

Mohabbatein actor Kim Sharma and Sanam Teri Kasam actor Harshvardhan Rane were rumoured to be dating for quite some time as they continued to be spotted together. Their vacation pictures on social media also spoke volumes about their love for each other. On being asked about the same, Harshvardhan recently confirmed to the media, “Of course I am in a relationship.” He added, “There’s nothing to deny obviously, we are seen everywhere. We haven’t kept anything hidden till now. Since this is not work-related, I don’t know how to talk about it much, or what to discuss it.” 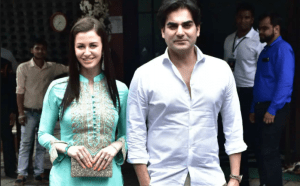 Arbaaz and Malaika called it quits in March 2016 and seem to move on. While Malaika is rumoured to be dating Arjun, Arbaaz has made his relationship public with his girlfriend Giorgia Andriani. Confessing the same, he told to the media, “At this point of time yes, I am dating and I don’t know where it’s gonna go but people think they know.” The Italian model often shares romantic captions along with their pictures and expresses her love for India in her Instagram posts. She continues to accompany him for public events on a regular basis. Giorgia also seems to have been accepted by his family as she is now a regular at all their functions. The two are reportedly planning to get married next year.

Also Read: Malaika Arora Wears A Pendant With AM Initials: Is It A Hint of Her Relationship Announcement With Arjun Kapoor?