It was literally a conversation between the two old friends in the back of the car all way home, that led'them to III smoking Barrels, the big northeast film to release, which is all set to hit the theatres today. The two, friends since pre-school, were parked in a stationary car, waiting for another, in Golaghat — an old city in upper Assam, famous for its tea and heritage buildings. Back then, it had been already a decade since when Sanjib Dey had moved out to Mumbai from his hometown for making a small commercial film, while his friend Amit Malpani, a tea industrialist that would be shuttled between Golaghat and obvious wherever his work took him. In a conversation over a phone from Mumbai with Malpani, just before a couple of days of the big release, Dey says that they had lost touch over the year but whenever they were back to Golaghat they always end up to the meeting.

Anyways, this was back in the year 2014, when they were just sitting in the car talking when suddenly Amit looked at Sanjib and said it quite seriously that let's make a film! Dey was taken aback and then his first response toward his thought was-- 'But you work in tea and are you sure that you really want to make a film?'

After the conversation, Malpani laughed and said his only condition was that it should be about the Northeast and for Dey it was just the thought of it, which gave him goosebumps. Making a Northeast film was always a latent dream he had at the back of his mind.

Finally, four years later, their latent dream is all set to become a reality as a film that is III Smoking Barrels, which is directed by Sanjib Dey and produced by Amit Malpani and praise to be the first commercial film from and of the Northeast. “It is true people make films on the Northeast all the time, but actors are mostly from the ‘mainland.’” 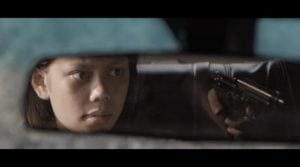 While Dey’s anthology of three stories which make up the film, in which he had a chunk of the roles that are played by some of the Northeastern actors. “I have some people from the Bodo tribe as actors, the Mising tribe in my crew, along with technicians from Mumbai,” he says, “I supposed the best way to describe this film is ‘collaboration’. From Kashmir to Kerala, from Gujarat to Nagaland — everyone has participated.” The ensemble cast includes actors such as Indraneil Sengupta, Shiny Gogoi, Siddharth Boro, Bijou Thaangjam, Mandakini Goswami, Amrita Chattopadhyay, and Rajni Basumatary.

According to the director the thing, that matter to him is languages and another thing that makes his film more authentic is the seamlessly switches across the six different kinds of languages in the two-hour long production like English, Hindi, Assamese, Bengali, Nagamese, and Manipuri. Sanjib further said that if he thought of making the entire film in one language, Hindi then it wouldn't have a true and complete Northeast movie, even adding the soundtrack, too, which features songs by Assam’s Papon, has a mix of Assamese, English, Hindi and Bengali songs.

The Film III smoking Barrels has fictionalized in three stories that are based on social and political issues, which the region has grappled with a long time like drug abuse and trafficking, children involved in armed conflict, and also the man and animal conflict. The shot of the movie was taken across the Northeast at the part of Assam, Meghalaya, Nagaland as well as the three borders areas.