Actors R Madhavan and Anushka Shetty starrer multilingual adventure story Silence went on the floors on Saturday with a launch ceremony. The film has been titled Nishabdam in Telugu and can be preponderantly shot within the US.

The project, to be simultaneously shot in Telugu, Tamil, and English, will mark American actor Michael Madsen’s debut in an Indian film, which conjointly stars Subbaraju, Anjali, Shalini Pandey and Avasarala Srinivas in crucial roles. 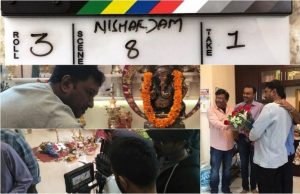 While Anushka Shetty and Madhavan weren't present at the puja ceremony, Anjali was seen alongside the director and co-producers. “This is an international film with stars from Hollywood, Bollywood, and Tollywood. Michael Madsen, who has starred in over 100 Hollywood films, is for the first time doing an Indian international film. He plays a crucial character within the film,” read a statement from Vishwa Prasad, chief executive officer of People Media Factory, which is bankrolling this project.

To be directed by Hemanth Madhukar, this will be Anushka’s first major release since the release of her last Telugu horror-thriller Bhagmathie, within which she contends twin characters. it's for this project Anushka is believed to have shed a lot of weight. In March, When her new pictures of in a very fitter avatar got shared online, fans couldn’t stop going gaga over the new look.

Anushka, who has been choosey concerning her projects since she marked in SS Rajamouli’s Baahubali franchise, might reunite with producer Gautham Vasudev Menon for Vinnaithaandi Varuvaayaa 2, a sequel to his hit 2010 romantic drama Vinnaithaandi Varuvaayaa. This project was conjointly speculated to star Madhavan however now will feature Simbu, who was part of the first part as well.