'Mystery Man' of Shivani Dandekar Revealed, Know Who He Is

Alia Bhatt-Ranbir Kapoor, Priyanka Chopra-Nick Jonas amongst others, it's been a year for celeb marriages and romance in B-town. One in all Bollywood’s alleged hottest ‘pair’, Farhan Akhtar and Shibani Dandekar are presently living their ‘dream’ moment with one another. Though they have been tight-lipped regarding their ‘brimming amorously relationship’, the rumors of their dating has been doing the rounds for quite a while now.

And it seems, there's no smoke without fire. In September, Shibani denotes a loved-up image of herself, holding someone’s hand, who is showing his back to the camera. Whereas everybody assumed that ‘mystery man’ is Farhan Akhtar, he himself has currently shared the constant image with a heart caption, creating his relationship finally official... we think! 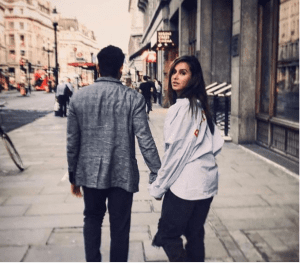 Just like the caption, Shibani and Farhan’s photograph hints of affection. This image was taken by one of their friends when Farhan was on his music tour known as 'SELF Tour 2018' within the USA and North American. And appearance who was traveling beside him hand-in-hand! Didn’t you only go aww on this pretty couple? Though Farhan and Shivani Dandekar tried to cover their relationship from the world, once it's out there, it's out there. And now, it’s confirmed!

On August 27, 2018, i.e. Shibani’s 38th birthday, the doting boyfriend made sure to make it special for her. Sharing an Insta story of Shibani relishing a yummylicious dessert, Farhan wrote, “Happy birthday Shibani Dandekar" backed up by kiss emojis, atop the picture. Shibani shared the same on her Insta story, and wrote, “Thank you @faroutakhtar”. 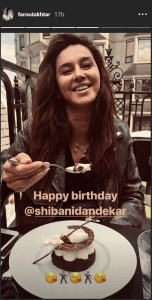 As the #MeToo movement is spreading like the conflagration in India, Farhan Akhtar’s first cousin Sajid Khan has been defendant of harassment. Amidst this, Twitteratis started blaming Sajid ’s family speech communication that they knew regarding his wrongdoings and did nothing regarding it. Even Aisha fame, Amrita Puri labeled Sajid as ‘creep’ and tweeted“It was fairly well known that @SimplySajidK is a creep and is completely inappropriate as far as his conduct with women goes. I was warned to stay away from him if I ever came across him. I refuse to believe that it has come as a surprise to ppl from the industry or his family."

To, which Farhan replied, “I deeply resent your insinuation that I or my family knew of his behavior yet did nothing. Your anger is justified. Your conspiracy theories not. @_Amrita_Puri” In another tweet, Farhan condemned Sajid’s actions and wrote, "I cannot adequately stress how shocked, disappointed and heartbroken I am to read the stories about Sajid’s behavior. I don’t know how but he will have to find a way to atone for his alleged actions."

Farhan and Shibani met one another for the first time on the sets of a programme, “I Can Do That” in the year 2015. And as per the reports, they have been dating one another for 6 months currently. Recently, the lovebirds were enjoying their love for travel on a trek in Vancouver in one of the pictures shared by Farhan of weary Shibani, as his Instagram story and wrote, “Damn you @faroutakhtar” atop it. Take a look here: 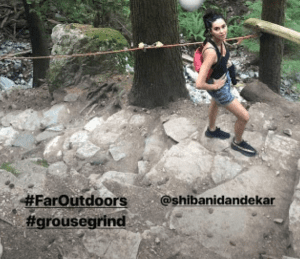