Global Superstar Priyanka Chopra treated her Instagram fans with a beautiful sun-soaked unblemished 'carfie' from San Francisco. The actress is currently in California. The 36-year-old actress shared the picture from her "travel diary" on Tuesday morning and captioned it: "The sun and I." Priyanka, who looks anything but tired in the picture, wrote: "Exhausted but happy."

The actress has 27 million followers and as it can be assumed, the comments section was flooded by quite a lot of comments such as "Girl, you define beauty" and "look at the glow on her face." The picture got around 6 lakh likes on Instagram. However, Priyanka's fiance Nick Jonas hasn't commented on her picture till now but it will be interesting to see his response to it. 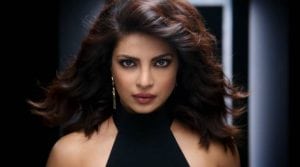 Priyanka Chopra and Nick Jonas, the newly-engaged power couple had their traditional Roka ceremony back home in the presence of their family members including Priyanka's mom Madhu Chopra and Nick's parents Denise Miller Jonas and Paul Kevin Jonas. The actress often features in headlines for her relationship with American singer and fiance Nick Jonas.

Needless to say that the actress is often spotted spending quality time with Nick Jonas in the US. Also, the couple recently grabbed all the attention at Ralph Lauren's 50th-anniversary show during New York Fashion Week as they arrived hand-in-hand and couldn't take eyes off each other. Here we have got some pictures of the lovebirds.

On the work frontage, Priyanka will next be seen in Shonali Bose's The Sky Is Pink along with Farhan Akhtar and Zaira Wasim. The actress recently warped the first schedule of the film. Priyanka will be seen playing the role of Zaira Wasim's mother in the film, which is slated to release next year.

The Miss World Actress will also feature in her next Hollywood films titled Isn't It Romantic co-starring Rebel Wilson, Adam DeVine, Liam Hemsworth and Betty Gilpin among others.