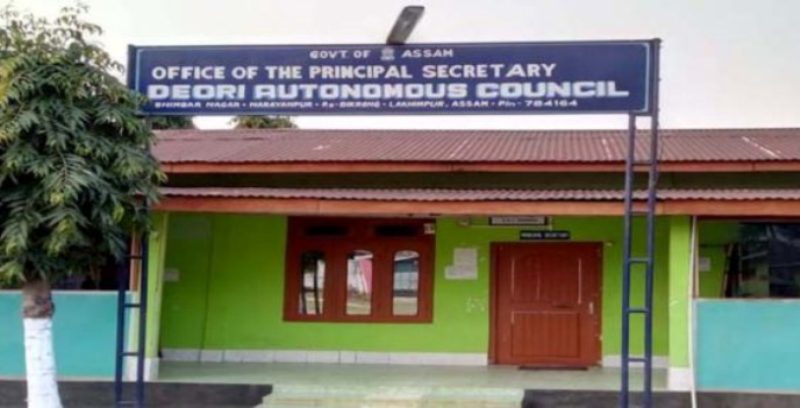 They have alleged that a lot of corruption is going on in the implementation of various contractual works as well as welfare schemes under the DAC. Addressing the press, Sandi Khattiya Deori claimed, “The funds allotted by the Government has not been spent in a proper way and misuse of public money is glaring. Instead of the poor and needy students, more than 80% students belonging to higher income group are receiving financial assistance for higher study. It’s ironical that students pursuing their study from private universities such as Royal Global University, Kaziranga University and students not even studying in any institution are receiving assistance. Many of such beneficiary students are sons and daughters of engineers, bank managers as well as government and semi-government employees. We’ve nothing to say about providing fund to students, but it should reach the genuine students”.

Dayananda Deori said, “Corruption is not only limited to the academic sector. It is glaring in individual beneficiaries’ schemes, financial assistants to old age and ailing persons, distribution of power tillers etc.”

Dayananda further alleged that injustice is meted out with poor and needy farmers in the name of providing them power tillers. “DAC members made people to open accounts in HDFC Bank and collected their bearers’ cheques and ATM cards and withdrew the amount provided by the government. However 60% of power tillers are yet to be distributed,” he alleged.

Also Read: Anti-Corruption Competition Opens For Youth, Winners To Be Felicitated In Moscow