Guwahati: A group of students representing Cotton University clinched a host of prizes for the state in the recently concluded 34th National Inter-University Youth Festival that was held in Chandigarh University, Punjab from February 1 to 5, 2019. The most notable of the prizes won by the team includes the first prize in the prestigious cultural procession competition.

Other prizes bagged by the Cotton university team in the youth festival are a third prize in the folk dance competition and fourth prizes in both folk orchestra and western instrumental solo competitions. The youth festival showed the participation of more than 100 universities that came from across the country. The event was supported by the Association of Indian Universities (AIU), Delhi. 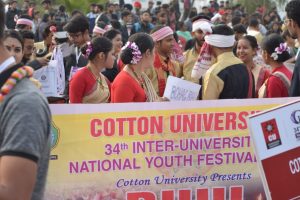 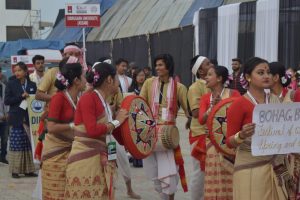