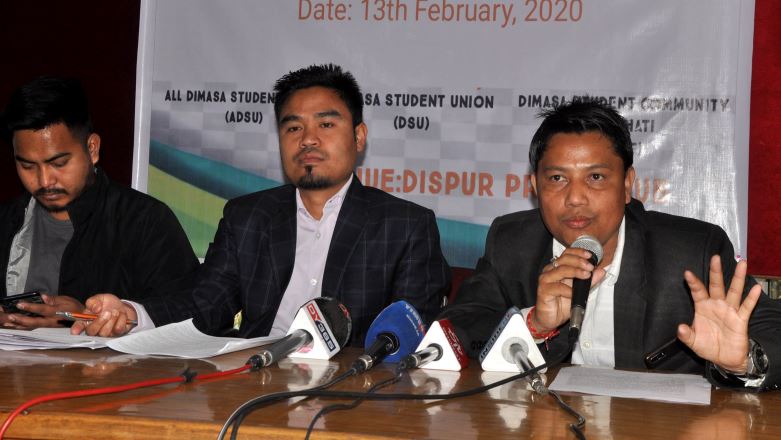 Addressing a joint press conference at Dispur Press Club here on Thursday, ADSU president Nabin Johrisa said, “A so-called organization named Indigenous People’s Forum (IPF) has been seeking the formation of a separate autonomous council for non-Dimasa communities in Dima Hasao. The IPF has even called a bandh on February 6, 2020 when various examinations were ahead. Besides loss of public property, there were sporadic incidents during the bandh in the district. We, therefore, request the government to inquire into the loss of public property and punish the guilty.”

Johrisa said that the IPF has no Dimasa representatives and it has only representation from Kukis, Zeme Nagas, Hmars and others. “As many as 13 tribal and six non-tribal communities have been living peacefully in Dima Hasao district. However, the design of the IPF is to destroy the fellow feelings among various communities living in the district. It may have a political motive, maybe with link from Dispur. We’re against any more division of Dima Hasao on communal lines. However, we favour the MoS (Memorandum of Settlement) signed among the DHD, the State Government and the Government at the Centre in 2012 when the decision for formation of three independent districts in the Dima Hasao was taken. However, the proposed three shouldn’t be on communal lines,” he said.