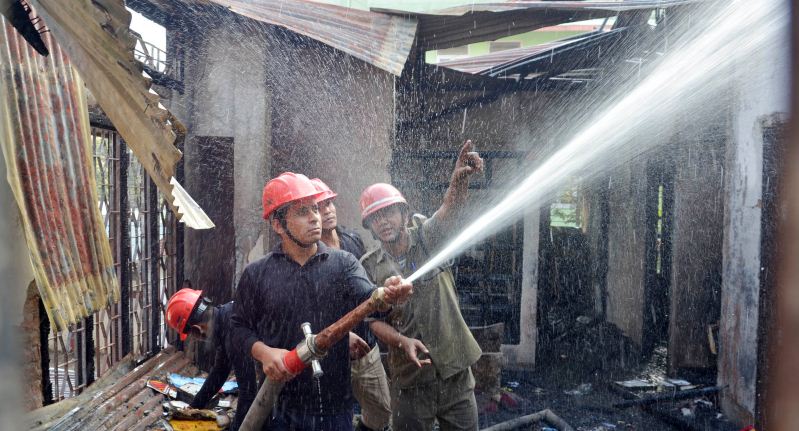 GUWAHATI: The Assam Disaster Management Department on Friday stated that the fire that took place at Basisthapur area in Survey was due to a gas leakage from the kitchen. Director of Disaster Management Y K Goutam said that in three burners were found open in the four-burner gas stove inside the kitchen. He added that there was no short circuit and the fire occurred after gas leaked from the cylinder through the opened burners of the stove. “The fire spread across the room in 5 to 10 minutes”, said Goutam.

As per reports, the victims, Ishan (8) and Ivan (3), were playing on the first floor of the house while their mother and grandmother were at the ground floor of the house when the fire broke out. Ishan was a student of Srimanta Sankardev Academy, Dispur.  People from across the city mourned the tragic demise of the children and Chief Minister Sarbananda Sonowal also gave his condolences to the victims’ family. The cremation of Ishan and Ivan was done at Navagraha crematorium on Friday. The bodies of both the deceased children were directly taken from GMCH (Guwahati Medical College and Hospital) to the crematorium.

Also Read: Two children killed after fire broke out at residence in Basisthapur